Nigerians are currently reacting to a viral video thats shows a father simply identified as George, scolding his son over poor result, after paying $21,680 tuition fees for the boy at the American International school located in Lusaka, Zambia. 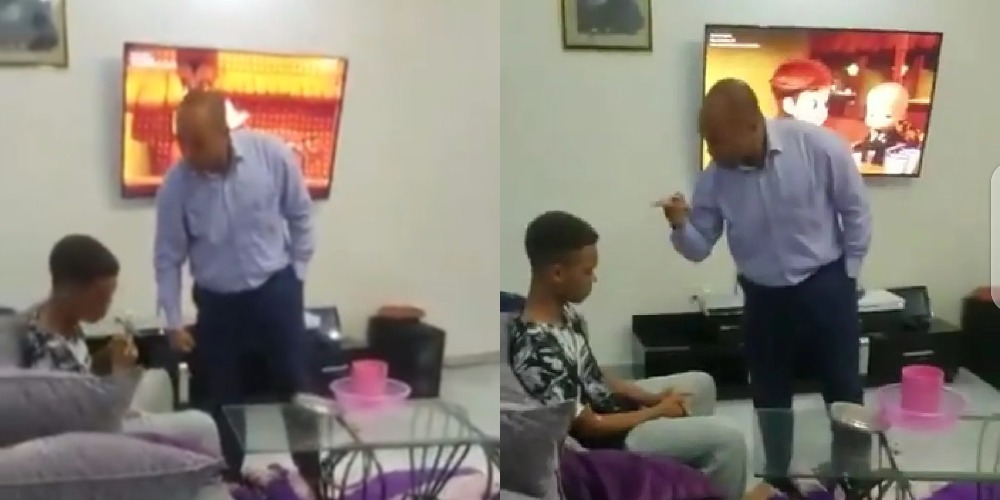 In the video, the angry father could be seen slapping his son multiple times because he couldn’t secure a good grade in eight subjects in his exam despite paying a fee totaling $21,680 which equals N8,455,200 in Nigeria currency.

Copies of the result shows that the boy had got an A grade only in Music, Credit in Geography, absent during English Language and Mathematics exams, while he failed the remaining four subjects. 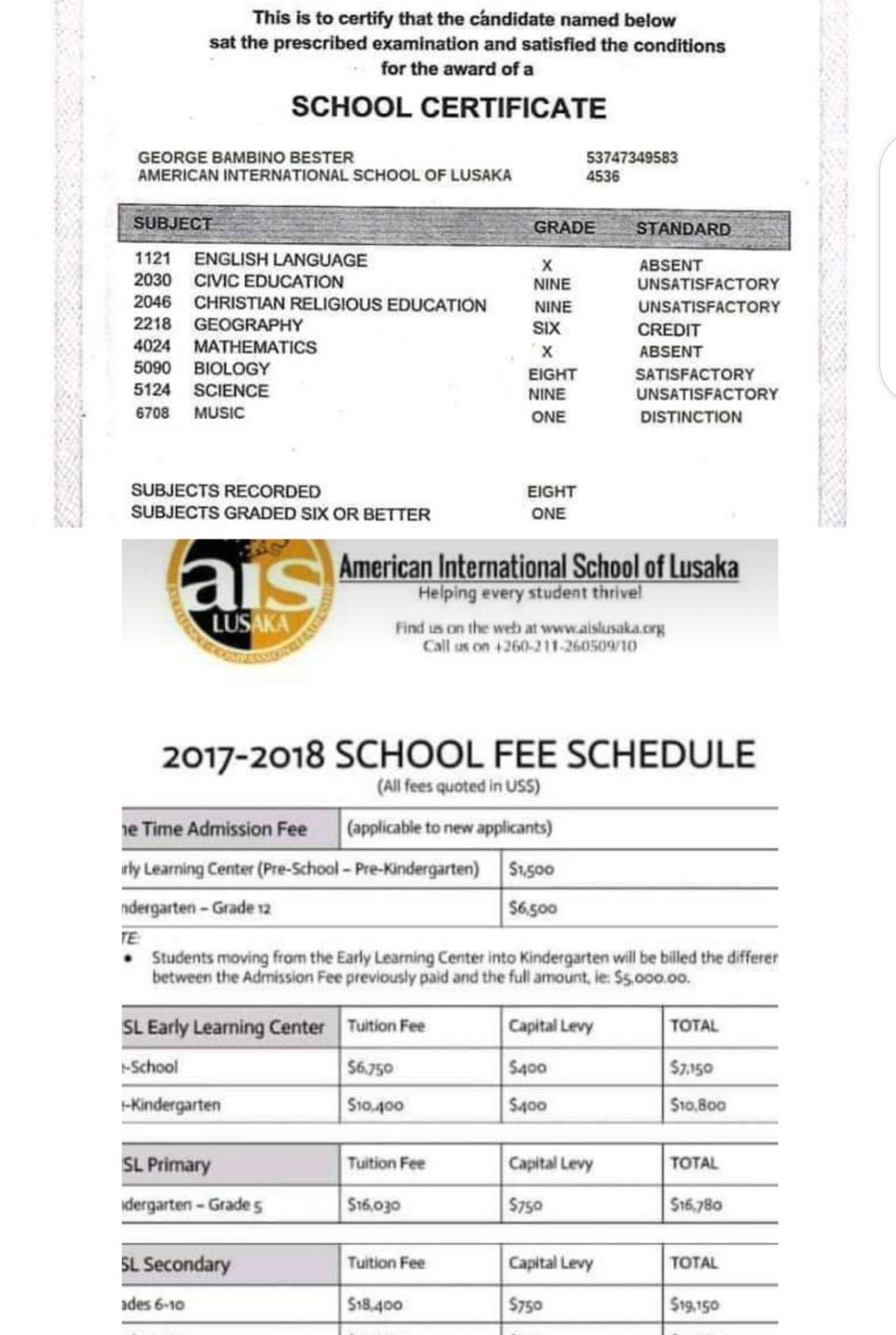 The result, which undoubtedly disappointed George, prompted him to bitterly scold his son, and even went ‘physical’ on him while the mother of the boy was occasionally heard begging her husband to stop, as she records the video.

— TRENDING VIDEO : Father Unleash Ultimate Anger On His Sons After Paying $21k Tuition Only For Them To Fail Woefully In Exams.

– The kids also failed to write their Maths and English exams, and the school located in Lusaka, Zambia cost over $21,000. https://t.co/yBeEJbtDHZ

The video has sparked mixed reactions from Nigerians on social media.

21K USD per term. He failed. Skipped classes. Had the effrontery to bring the result home, he didn't turn himself in at an orphanage home. He sat down majestically watching TV. But the father is not right beating him.

Na vibes and insha allahu full some of una head.

You pay 21k USD for a child – a whole 8 Million naira. He is absent in English and Maths and failed the rest of his subjects…and you say that small roughing up is too much? I should talk to him instead?

In this life, never negotiate with a terrorist, even if he is your son.

My dad gave me 1,000naira to buy Understanding Mathematics and I didnt give him his 300 change. Result came out and I failed Maths

My dad put me inside a drum, rolled it in the compound and asked me to be shouting "I AM A THIEF"

You failed Maths amd English but passed Music after Paying 21k USD ?
Omo it’s there you will start writing music
And if you don’t blow, I’ll blow you
Just know blow must happen

After paying 21k USD? I swear my papa go arrest me

21k USD on a child only for him to pass Music alone?

Even Dr. Dipo will Professionally beat him.

I just told my dad about this 21k USD thing and the man is already doing like he wants to slap me.

Is this beating ? 21k USD is a lot and the mum is saying he should not beat them ? She’s giving them confidence or indirectly saying they get away with things easily. Because the dad shouldn’t be the only one scolding them https://t.co/7bcrL7qoVS

The man can scold his son all he wants the boy deserves it, forget the 21k USD he paid, the boy he can’t even get into any credible music school without Math and English
and It’s not like he even failed, he just didn’t show up.

If my father ever paid 21k USD by mistake and he sees me missing the exams in his dream sef, I will have to explain why I decided to miss the exam in his dream.

UPDATE: “Come And Adopt Him” – Angry Zambian Dad Mr George Mambezi Replies Those Criticising Him For Scolding His Son over poor result, after paying $21,680 tuition fees for the boy at at the very expensive American International school of Lusaka, Zambia.