Two policemen have been killed at a factory in Adamawa State, which belongs to Nigeria’s former Vice President, Atiku Abubakar. 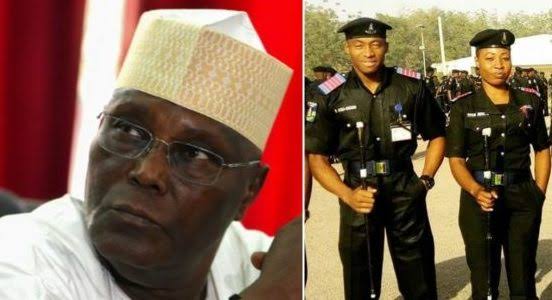 They were said to have been killed by gunman while inspecting the siting facility for security operatives posted to the factory.

A police officer, who spoke on condition of anonymity, said he believed the officers were set up and killed.

“They went to RicoGado to inspect where to keep men posted and all of a sudden someone opened fire on them. I strongly suspect that they were deliberately killed.”

Spokesperson for the police in the state, DSP Suleiman Nguroje, confirmed the killing of the men to our correspondent. He said:

“I can confirm that two of our officers have been killed but as to what killed them or where, I do not know as of now.

“Right now, we have their dead bodies and are waiting for the report as to how they were killed.”

ALSO READ: Police Exhumes Body Of Young Lady Killed & Buried By Her Boyfriend In His Apartment After Quarrel [Photos]