Some supporters of Ondo State Governor, Rotimi Akeredolu, have been attacked by a group of thugs allegedly loyal to his party, the All Progressives Congress (APC).

According to local reports, the thugs responsible for the attacks were allegedly loyal to one of the governorship aspirants of the APC and former deputy clerk of the National Assembly, Mr. Olayide Adelami.

The incident occurred on Sunday during a party meeting when APC members under the Owo Youths Redemption Group (OYRG) led by one Olamide Olayemi, declared support for the re-election of Governor Akeredolu.

Speaking on the development with newsmen on Sunday, Olamide said;

“At about 2 pm around Igboroko here, we were holding our meeting as a group to declare our total support for the re-election of Governor Akeredolu when these thugs brandishing sophisticated weapons such as guns, axes and cutlasses arrived at the theatre of crime in two vans and a white pick up belonging to Eni Omosule.”

“The thugs fired gunshots sporadically in the open and destroyed Aketi’s campaign bus packed along the street. People scampered for their dear lives while the melee lasted for about an hour.”

Olamide disclosed that several of their members were hit by stray bullets.

“It took divine intervention and human efforts of Hon. Fatai Lawal who paid the bill to extract bullets from the bodies of Ijalana Oluwafemi, Ogunbodede Opeyemi, Idowu Ola Onibuore and one other person whose identity is yet to be identified,” he said. 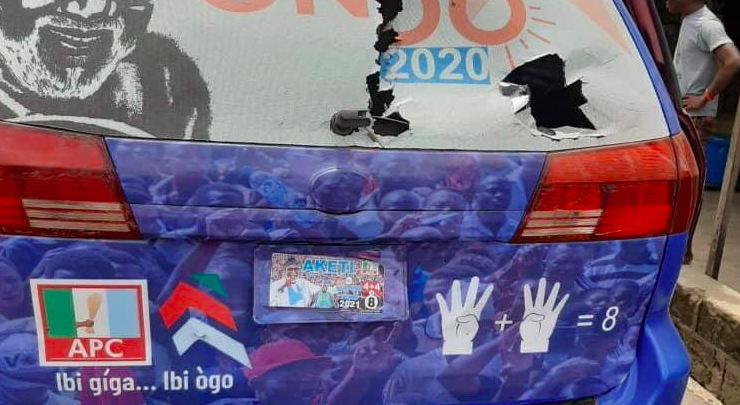 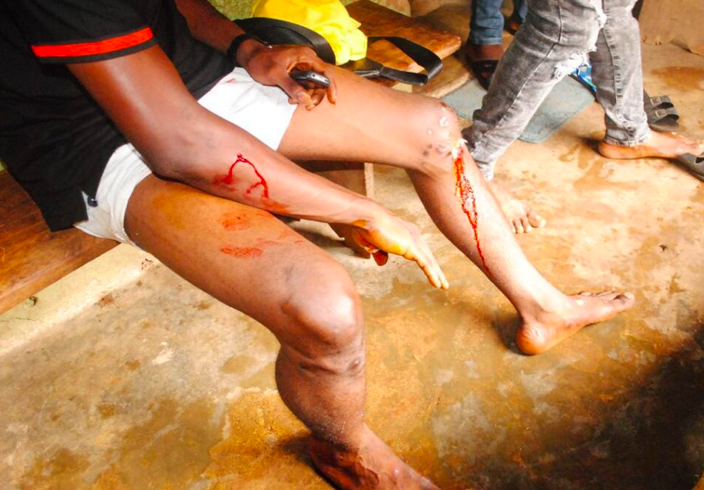 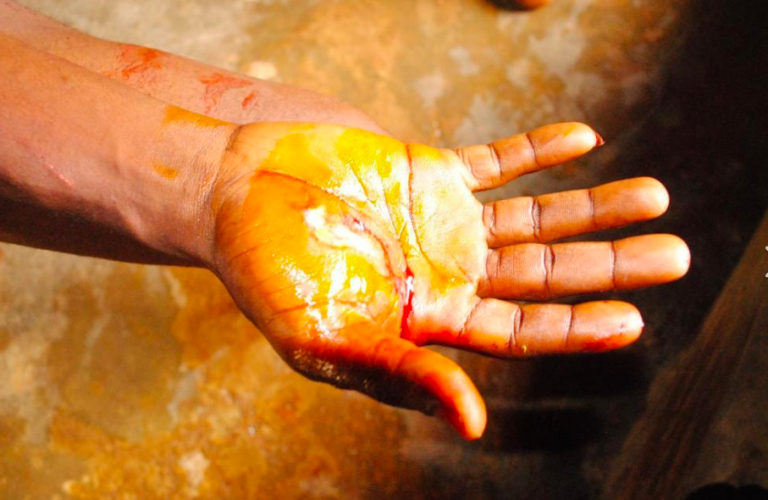 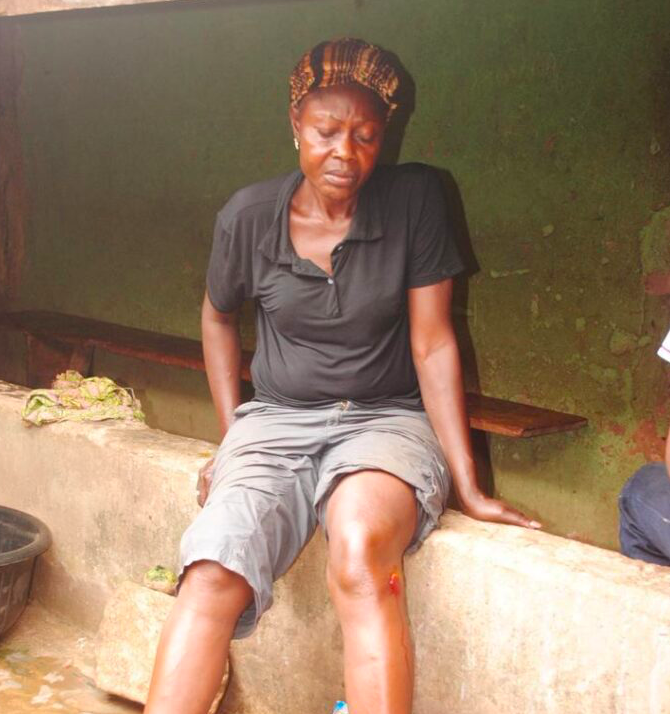 Meanwhile, Governor Akeredoou’s deputy, Agboola Ajayi has resigned his membership of the All Progressives Congress (APC).


READ:  RCCG Pastor Claims He Was Attacked By A Snake At The Church Altar In Lagos [Photos]

Those Who Demolished Nigerian High Commission Will Be Punished – Ghanaian Government