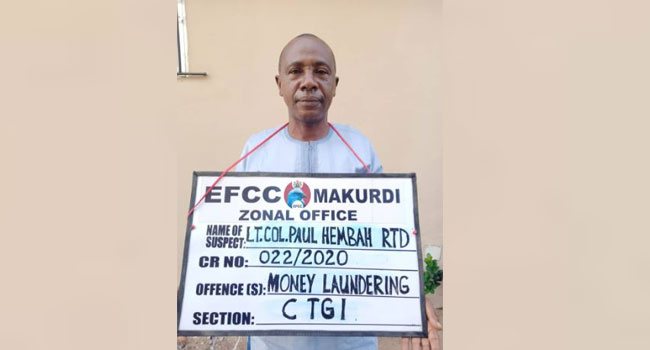 A statement issued on Thursday by the zone’s Publicity Head, Ayodele Babatunde, said the governor’s aide was quizzed over alleged N42million fraud.

According to the EFCC, the security adviser had on July 12, 2019, transferred the said amount from his office to his personal account and withdrew the sum the same day.

“The said sum was meant for disbursement to the Benue State Vigilance group.

“The governor’s aide allegedly between October 2018 and May 2020 also abused his office by fraudulently paying the N20million monthly allocation meant for Benue State Vigilance Group into the personal account of the Commandant of the group, George Mbessey, instead of using the official account of the group.

“Hembah, who was quizzed for six hours, have volunteered useful information to our investigators and would be arraigned in court as soon as investigations are concluded,” the statement partly read

ALSO READ: “I Was A Billionaire Before Becoming Benue Governor” – Ortom Reacts To Akume’s Allegation 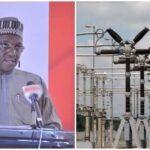 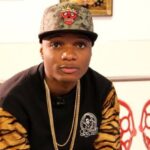