Popular Nollywood Actress, Genevieve Nnaji has taken to social media to lament the death of 17-year-old Tina Ezekwe and 22-year-old Uwa Omozuwa who are both allegedly murdered by men. 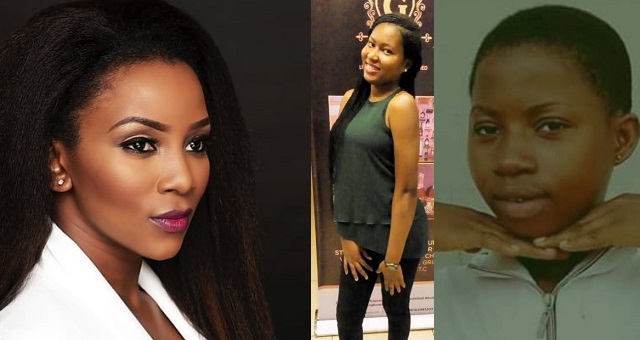 KanyiDaily had reported that Uwa Omozuwa was brutally raped and murdered by unknown assailants inside RCCG church where she went to read in Benin, while Tina Ezekwe was was shot dead by a trigger happy policeman in Lagos.

The deaths of both young girls had sparked outrage among Nigerians on social media the hashtags #JusticeForTina and #JusticeForUwa.

Genevieve Nnaji has now reacted to the trending topics with the phrase “we live in constant fear of men”, and some people seem to have a problem with her tweet.

“They either abuse their power, or have the power to abuse. In or out of uniform, we live in constant fear of men. Tina Ezekwe. Vera Omozuwa. Rest In Peace my darlings. We will get justice,” she wrote.

They either abuse their power, or have the power to abuse. In or out of uniform, we live in constant fear of men. Tina Ezekwe. Vera Omozuwa. Rest In Peace my darlings. We will get justice.🌹💔 pic.twitter.com/e9c4ODcEri

See some of the reactions about her tweet below:

Yeah and not because of men, but Genevieve must chase clout, how's it men men anytime one man commits a crime but we don't generalize when it comes to their gender?

For Genevieve to generalize and say women live in the constant fear of men doesn’t make sense at all.

Call rapist by their name & don’t categorize is it as all men.

If you are a man & you support what Genevieve said about men you are a rapist.

The men under Genevieve’s post are actually ‘the men’ we women are scared of…. Sadly you guys are bodly proving that: In or out of uniform, we live in constant fear of men.

Genevieve couldn't say "we live in constant fear of SOME men", & i don't feel this generalises how many are seen, i didn't chose to be a man, the tittle MAN hasn't taken me anywhere in life, I'm just exsisting as Chiedochie Collins Elebor. cause if you tag me directly as a rapist

Saying “NOT ALL MEN” is just the same as saying “ALL LIVES MATTER”, both statements are true BUT very insensitive considering the matters on ground, I see absolutely nothing wrong with what Genevieve tweeted.

Not all men have common sense otherwise they wont have attacked Genevieve, cos common sense would have told them that she cannot refer to all men but she generalized by saying "Women are living in constant fear of men" – That is becos she cannot know which is a Rapist or not..!

Twitter users are exceptional at missing the point of pressing issues. I have never seen a better set of nitpickers in my life. A girl was raped and murdered, you’re worried about what Genevieve said about your gender. Are you the class rep of your gender?

I cannot remember one single day in my life I was not scared to walk alone at night because the guy coming towards me or the one behind me might try to rape, mug me or kill me.

Yes. We live in constant fear of men.

You lot are embrassing. Genevieve made a tweet about women living in fear of men and she’s being dragged for not saying “some men”.

If you have a problem with Genevieve's tweet you're a RAPIST!
How can you say constant fear of some men? OGA THEY FEAR US CAUSE STUPID MEN LIKE YOU KEEP SEXUALLY ASSAULTING THEM.

Am a man and very much honest, Men are basically the problem of this earth.

We are hungry for power.
We oppress the weaker once be it Male or female but most victims seem to be Female who ain't a match to our physical might.

Am a gud person and I say ' AM SORRY

Before you say "not all men" in response to Genevieve's tweet, just think from the perspective of a woman walking alone at night.

She can't identify which man around her is good or bad, so she has to treat every man as a potential predator?

Now you see what Genevieve meant

I see men have gone to build a tent under Genevieve’s post to show us what’s TRULY important to them. Not the rape that occurs, not the deaths, not their fellow men constantly putting women’s lives in dangers but being told that women are living in fear of men. WHERE IS THE LIE ?

Genevieve Nnaji and clout chasing has never and will never belong in the same sentence. She only spoke the truth; go figure!

An average Nigerian young lady starts walking fast if she's walking at 9pm and a guy is walking behind her.

She doesn't know if he's good or bad. She just wants some distance between them for safety reasons.
And you have a problem with Genevieve saying women live in fear of men?

Genevieve Nnaji made a tweet about women living in constant fear of men after uwa's death and men are there shouting "NOT ALL MEN!!" "BAD MEN" instead of facing the actual issue at hand. Nawao we'll be here for a while

Not all men have common sense otherwise they wont have attacked Genevieve, cos common sense would have told them that she cannot refer to all men but she generalized by saying "Women are living in constant fear of men" – That is becos she cannot know which is a Rapist or not..! 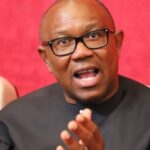