The state Commissioner of Police, Sanusi Buba, announced the bounty at the police headquarters, Katsina, while parading some suspects recently arrested by the command.

Buba said Yankuzo (45) of Yankuzo village in the Tsafe LGA of Zamfara State, apart from being the mastermind of Kadisau attack, was also the leader of bandits terrorising Katsina and Zamfara states.

READ:  Lagos Policeman Commits Suicide After Killing His Wife For Filing A Divorce Against Him

The police boss said, “Recall that on June 9, 2020, around 6.40pm, bandits numbering over 200 on motorcycles and armed with sophisticated weapons, led by a notorious bandit, one Adamu Aliero Yankuzo, carried out an organised attack on Kadisau village in which 20 persons were killed, while many others were injured.

“In the course of investigation, a suspect, Bello Usman, confessed to have participated in the attacks on Kadisau village, as well as the attacks on Musawa,Matazu,Karaduwa and Yantumaki.

“The suspect also stated that the attack was masterminded by Yankuzo in protest against the arrest of his son by the police, one Sulaiman Adamu Aliero (24) of Yankuzo village.

“Consequently, the Command hereby wishes to declare Adamu Aliero Yankuzo of Yankuzo village of the Tsafe Local Government Area of Zamfara State, a notorious leader of groups of bandits terrorising Katsina and Zamfara states, wanted and has placed a bounty of N5m on his head; dead or alive.

This is coming just one day after a presidential spokesman, Garba Shehu claimed that some traditional rulers are aiding bandits to kill their own people in Katsina, the state President Muhammadu Buhari hails from. 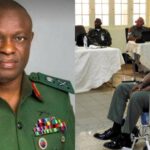 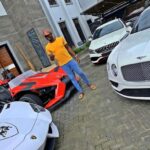