The Minister of Transportation, Rotimi Amaechi has announced that the Abuja-Kaduna rail service would resume on Wednesday, 29, 2020. 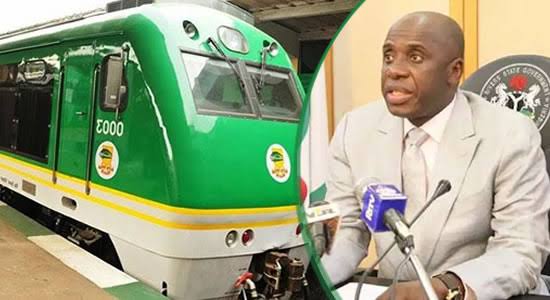 Amaechi who disclosed this on Saturday during a test run on 10 new coaches recently deployed on the route, said that passengers flouting the COVID-19 regulations would not be allowed on the trains.

According to him, there has been pressure from several quarters to resume the railway service before Sallah with all COVID-19 safety protocols and guidelines by the Nigeria Centre for Disease Control and the Presidential Taskforce on COVID-19 in place.

Amaechi said after due considerations, President Muhammadu Buhari approved an increase in train fares due to the fact that the train will now be conveying half its capacity in order to maintain social distancing.

READ:  Only Old People Who Have Outlived Their Usefulness Wants North Presidency In 2023 - APC

He added that economy and business class had been reviewed to N3,000 and N6,000, respectively, because of the reduced number of passengers that would be on the train.

“In a month (pre-COVID-19), we get about N120 million, and if we run like this (half capacity), we will realize N60 million. It means that we need another N60 million to complete the running cost.”

“It is, therefore for the above reason that the rates have been increased as follows: First class, N6,000, Business Class, N5,000 and Economy, N3,000 to enable Nigeria Railway Corporation (NRC) meet up at least with the running cost,” Amaechi said.

READ:  "PDP Is Blessed To Have A Political Gladiator Like You" - Atiku Congratulates Wike

When asked if this increase will not be too much of a burden for the poor to pay, Amaechi insisted that they can afford it, pointing out that it was certainly cheaper than the ransom to be paid if kidnapped on Abuja-Kaduna road.

“Most people using the train can afford to pay the fare and most people are of the opinion that it’s nothing compared to the risk of kidnappers on the road,” he added.

KanyiDaily had reported how Amaechi and hundreds of Abuja-Kaduna train passengers narrowly escaped one Sunday night after suspected kidnappers opened fire on their vehicles as they left the Rigasa station in Kaduna. 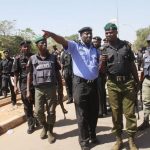