The Indigenous People of Biafra (IPOB) has declared a sit-at-home on October 1, 2020, to protest alleged killings and bad governance. 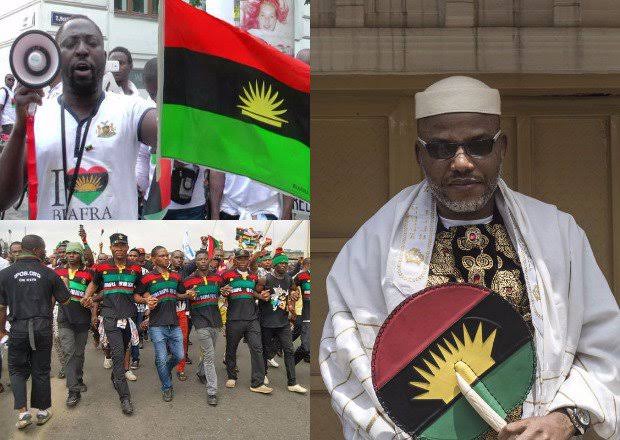 A statement by IPOB Media and Publicity Secretary, Emma Powerful, urged Igbos everywhere to boycott all activities organised to mark the Independence Day.

“We, the global movement of IPOB, wish to announce to all Biafrans, friends of Biafra and lovers of freedom all over the world that Biafrans across the globe shall observe a sit-at-home in Biafraland in public protests to mark October 1, 2020.

“We, therefore, enjoin all Biafrans and every conscious Nigerian, especially those ethnic nationalities reeling from the triple blow of terrorism, bad governance and economic annihilation, to boycott every government organised ceremony designed to eulogise the failure that Nigeria has become.

“This is the time to let the world know how disastrously intolerable human existence is in Nigeria. If you want to see an end to terrorism and organised mediocrity, now is the time to register your anger by ensuring that you and your household sit-at-home on October 1, 2020.

READ:  2-Year-Old Girl Allegedly Strangled To Death By Housemaid For Refusing To Wear Her Dress

“Do not risk the life and well-being of your children by allowing them to gather in groups in the open where terrorists may find it easier to blow them up or kidnap them.

“This order is to highlight our position and resolve as Biafrans that we are no longer interested in propping up a crumbling state.

“The leadership of this great movement in conjunction with supporters of Biafra freedom across the globe has concluded every arrangement to let the whole world know and understand that we are no longer part of this shambolic monument to terrorism and failure.”

The group said it remained committed to “the full and irreversible restoration of Biafra sovereignty and independence for all oppressed ethnic groups in Nigeria”.

READ:  Presidency Reacts To Ongoing Killings In Southern Kaduna, Says Its Fuelled By Politics And Religion

Ebonyi State Government urged the people to go about their normal activities on October 1 as IPOB has no legal basis to compel anyone to stay home.

“How can you tell people who have a family to sit at home? To do what? Will you come and put food on their table?

“In the first place, we don’t even know if there is anything like IPOB existing in the state. People should disregard the said statement and go about their normal business on that day.”

Commissioner of Police in Ebonyi, Philip Maku, warned IPOB to steer clear of the state, noting that the proscribed group does not have the right to tell people to sit at home.

READ:  Goodluck Jonathan’s Media Aide Reno Omokri Exposed As The Man Who Wrote The Fake Document Linking Suspended CBN Governor To Boko Haram And Circulating It Under A Fake Name

“People have the fundamental right to movement. If you try to restrict their right to move about and transact their lawful business activities, you are crossing the red line.

“If anyone tries to force people to sit at home, the Police will not fail to deal decisively with such persons,” he said.

The spokesman of Anambra State Police Command also urged residents to ignore the call, noting that IPOB remained banned and had no right to make the call.

The Anambra State President of Ohaneze Ndigbo, Chief Damian Okeke-Ogene, said the socio-cultural organisation has nothing to do with the directive. He said Ohaneze had no control over IPOB.

“They have their Modus Operandi and we have ours. That means, we have no control over them and they also don’t have over us,” he said.

Activist-lawyer Emperor Ogbonna said IPOB lacked the right to compel non-members to stay at home. He said that the banned group would be infringing on others rights by stopping anyone from exercising their right to movement.

“IPOB members and their sympathisers have the right to stay-at-home and to go out,” Ogbonna said.

“IPOB doesn’t have the powers to tell everybody in the Southeast not to go out because not everybody belongs to IPOB.

“They cannot compel non-members to comply with their order. If they do so, they will be infringing on the rights of those who are not members.”

KanyiDaily recalls that Nigerian presidency had accused IPOB of fueling false campaign against Nigeria using alleged “Christian Genocide” in a bid to set the country against international community. 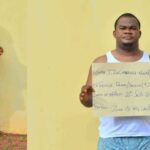 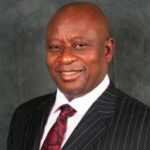