A commercial bicycle operator, popularly known as Okada, has reportedly been shot dead by a police officer for refusing to pay N50 bribe in place of his offence of not wearing a facemask at a checkpoint at Banana junction, Amaifeke in Orlu Local Government Area of Imo State.

According to an eyewitness, the police officer had flagged down the Okada rider on Thursday and demanded why he was not with his facemask.

All plea by the commercial motorcyclists to allow him go fell on deaf ears, rather the policeman was said to have demanded N50 as a penalty to pay for his offence.

But the Okada rider refused to pay the bribe and decided to runaway instead according to the witness, earned him a bullet from behind by the trigger happy police officer.

He was said to have died instantly before help could come his way while the policeman realising his action and consequences escaped from the scene.

KanyiDaily had also reported how a 22-year-old man was allegedly stabbed to death by a private security guard for refusing to wear facemask at Coca-Cola market in Onitsha, Anambra State. 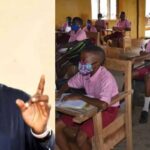 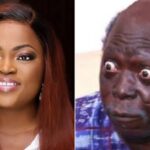