The Nigerian Army has announced the arrest of the soldier, who killed his fellow military colleague, Lieutenant Babakaka Shehu Ngorgi, who recently got married in December 2019.

According to reports, Lieutenant Ngorgi was talking to his wife on the phone when one of his colleagues shot him from the back six times in Bama, Borno State.

A military source said that after killing Lieutenant Ngorgi, who is his senior in the army and on the battlefield, the attacker was heard screaming, “I have achieved my aim”.

Reacting in a statement on Thursday, Army spokesperson, Sagir Musa said the soldier, who killed Lieutenant Ngorgi, has been arrested and undergoing investigation.

“A trooper of the Nigerian Army serving in 202 Battalion of 21 Special Armoured Brigade Bama, Borno State, went beserk at about 1030 hours on the 29th of July 2020 and fired at an officer (a Subaltern) which led to his death.

“The incident happened when the soldier approached the officer, who was standing in front of the unit’s headquarters making a phone call. The soldier has been arrested, is in custody undergoing investigation. General situation in the unit is calm,” he said.

KanyiDaily had also reported how a Nigerian soldier, who allegedly got information that someone was sleeping with his wife, killed four of his colleagues and committed suicide in Borno State. 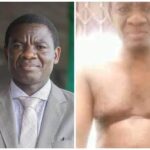 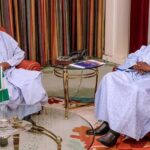