Ugandan security forces are searching for not less than 219 prisoners who escaped from a jail in Karamoja, a remote, semi-arid northeastern region of the country. 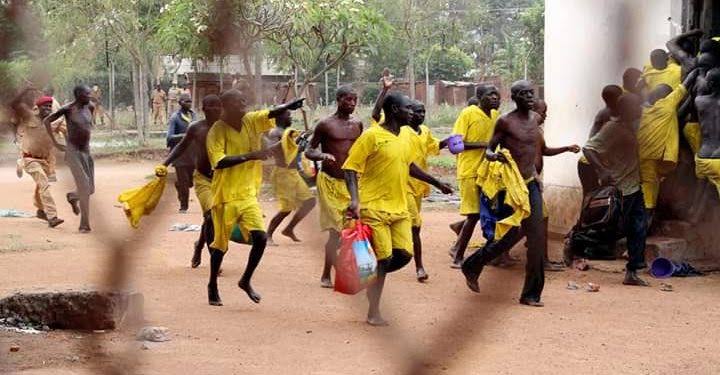 A military spokeswoman, Brigadier Flavia Byekwaso, who disclosed this on Thursday, said the inmates overpowered their guards on Wednesday night before escaping with at least 15 AK-47 rifles, 20 magazines and other ammunition.

She said most of the fugitives took off their distinctive yellow prison uniforms and fled naked into the hills to avoid detection as they make their way into a remote wilderness area in the country’s north-east.

The inmates killed a soldier after they broke out of the facility in Moroto before heading for the hills. But two escapees were also killed during the firefight,

“It’s a mass escape… these were hard-core criminals,” she said, adding they included murderers, robbers and rapists.

“A big security operation was underway to recapture them and two of the inmates had been killed in the pursuit while two were re-arrested,

“The fact they had some weapons and a head-start of hours of darkness made the search more difficult. They’ve had a whole night to disperse and hide, it complicates our efforts but we shall get them,” Byekwaso said.

“The pursuit is continuing,” the military spokesw said, as she warned residents that the escaped prisoners might raid homes for clothes.

KanyiDaily had also reported how at least 228 Prison inmates escaped from Koton Karfe Custodial Centre in Kogi State after the building collapsed due to heavy flood.

READ:  "I Started Having Sεx At 15… Was Beaten On My Wedding Day" - Blessing Okoro [Video]