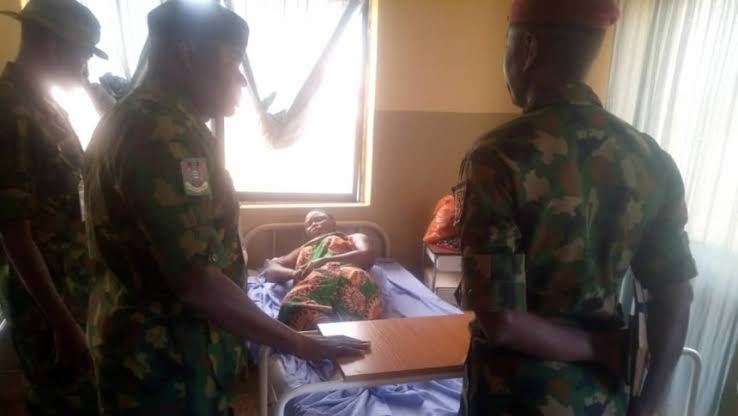 Blessed was also accused of killing another soldier simply identified as Peter Afolayan, who attempted to wrestle the knife from him after stabbing his wife and son.

The soldier, who recently returned from one of the North-East states, where Nigerian troops were battling Boko Haram terrorists was previously residing inside the army barrack, in Ede, before he rented an apartment at Orita Barrack.

According to resident close to the Barrack, Blessed suffered mental illness at the war front and It relapsed around 10 pm on Monday, leading to his action.

Before he stabbed Iyabo, a nursing mother of five to death, Blessed had earlier stabbed his wife and son inside the room.

Speaking to newsmen on the incident on Monday, one of the children of the deceased, Tosin Olukunle said:

“We were in our room when we heard the screaming of his wife and my mother rushed out to ascertain what was happening.

“My mother, who was carrying a one-year-old baby sighted Blessed with a knife dripping with blood and decided to run to safety. She, however, fell in a gutter and was trying to carry her baby, who also fell when the soldier attacked her with a knife and stabbed her to death.”

Blessed was said to have later stabbed another soldier, Peter Afolayan, who attempted to wrestle the knife from him.

“Later some soldiers came from the barrack and take the corpse of my mother away. They also subdued Blessed and took him to the barrack. Up till now, they haven’t released her corpse to us. We even heard that they have embalmed the corpse.”

“What we want is that the remains of our mother should be released to us. We also want justice over this gruesome killing. Government and well-meaning Nigerians should please come to our aid,” Tosin pleaded.

Another relative of the deceased, identified as Ajasin Olukunle also called on the government and authorities of the Nigerian Army to intervene in the matter.

He stated “to deceased left behind five children who are very young. We need assistance on their upkeep and we also want justice.”

Efforts to get a reaction from the Army spokesperson, Colonel Sagir Musa proved abortive, as he did not pick his call or respond to the message sent to him. 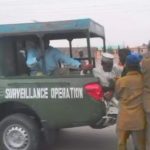 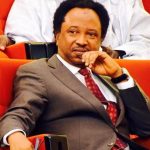