A soldier identified as Corporal Omoh F. has been arrested for assaulting a lady at an ATM gallery of the United Bank for Africa (UBA) in Oshodi, Lagos State. 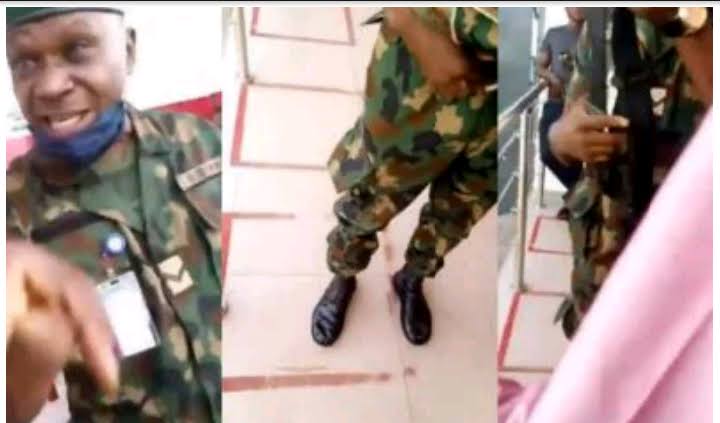 Narrating her ordeal Twitter, the lady identified as Ada-Oma said the soldier jumped queue and after she complained, he hit her with his belt and threatened her.

She wrote: “I was just assaulted by an army official this morning, the 26/10/2020 at the ATM stand of UBA at their Oshodi branch…I’m also scared of writing this because he threatened me. My life is your hands Nigerians. I was in the ATM queue and this army official asked me to move so he could pass. I asked him if he was in the queue that there is a queue, he asked me to move.

Speaking with PUNCH on monday, the spokesman for the 9 Brigade, Major Olaniyi Osoba, confirmed that he has been arrested and investigations are ongoing.

READ:  I Lost My Virginity At 21 And Narrated The Experience To My Father - Kizz Daniel

Meanwhile, police have arrested a young man, Sodiq Abiodun, for impersonating as a soldier and raping an 17-year-old girl, Alimot Ismail, in Oyo State.

READ:  PDP Accuses President Buhari Of Losing Over N11 Trillion Under His Watch 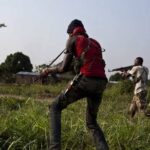