A female soldier identified as Mamman H has been caught on camera assaulting a physically challenged man, Adedeji Abolade, for scolding her son in the Mokola area of Ibadan, Oyo State. 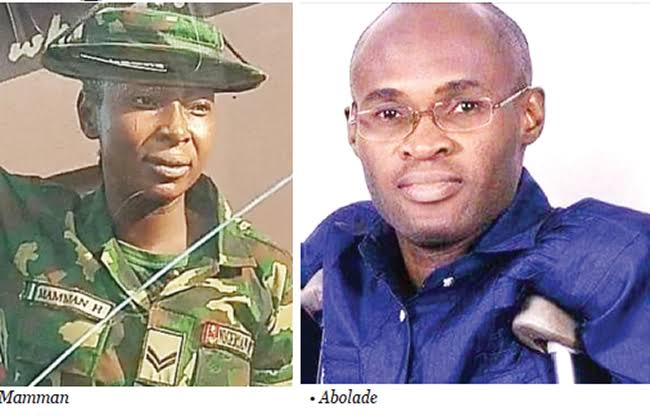 In the viral video circulating on the social media, the female soldier attached to the Letmuck Barracks, was seen beating and slapping Abolade, who was on crutches.

Narrating his ordeal to PUNCH, the disabled man his issue with the military woman started on Wednesday when he cautioned her four-year-old son for attempting to cross the expressway alone.

“On Wednesday when I was taking my children to school, a child jumped on the expressway to cross the road. Luckily, I was not speeding, so I came out and asked around who the mother of the boy was. No one answered until one guy said he knew his mother, but we didn’t see her. I warned the boy not to cross the road alone again.

“This morning (Thursday) around 7.30am when I was taking my children to school, the soldier and five other people waylaid my vehicle. When I got to the area, she dragged me out of the car and they started hitting me. As they were beating me, I was shouting for help and when it got to a stage, people took me from her and I was able to take my children to school.

“On my way back, she was now fully kitted in her uniform. Immediately she sighted me, she started beating me again. I told my daughter to start recording; the other people wanted to join in beating me, but when they saw that they were being recorded, they dragged her from there.”

The victim said he was ill before the attack, adding that the assault worsened his health condition. He noted that when he attempted to report the matter at the Mokola Police Station, he was referred to the military police.

“I went to the Letmuck Barracks where she was attached to and the person I met at the gate identified her. But when we got to the military police unit inside the barracks, one Balogun made me walk several kilometres in the name of looking for the soldier and later claimed that she was an unknown soldier.

“I want justice to be served because I am in serious pain. I have been to the hospital to get treatment,” he said.

When contacted, the Public Relations Officer of the 2 Division, Col. Hassan Mohammed, refused to comment on the matter, saying Punch correspondent did not witness the incident.

“You’re not in Ibadan, how did you know it happened in Ibadan? People cook stories; this is a social media era. It’s not something I can work on. If you’re an eyewitness, it’s a different case. Anybody can claim a victim. Call the eyewitness of this case and let him come and see me in the office,” he said.

This is coming just a week after some soldiers assaulted a young lady identified as Olaide Oluwo for walking past them without greeting in Lagos State. 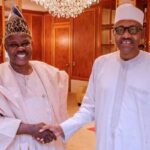 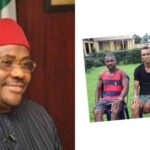