Lagos State Police Command has arrested a 32-year-old dismissed soldier, Yemi Ayeni, who was caught on camera beating up a female police officer who was controlling traffic at a bus-stop in Shibiri area of the state. 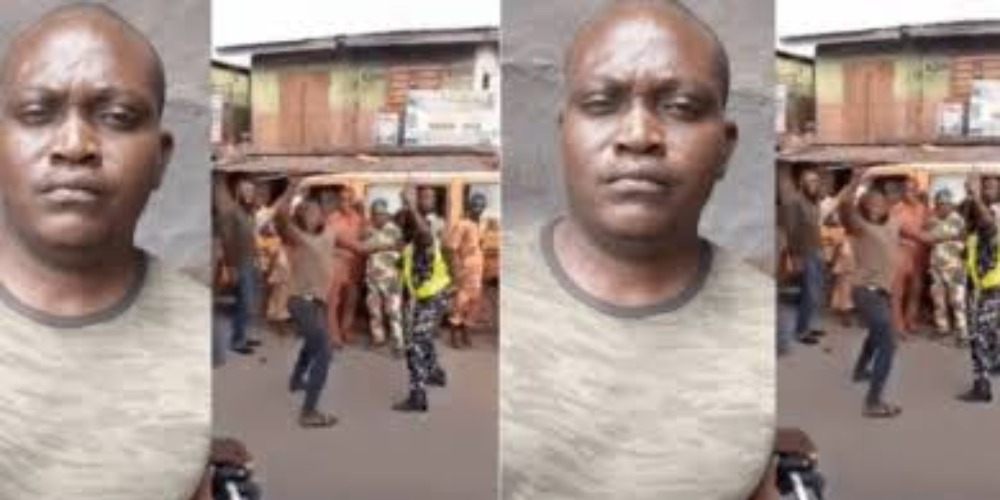 According to reports, the policewoman identified as Inspector Maltina Oyinchi, stopped a commercial bus that obstructed traffic at the Sharibi bus-stop.

Ayeni, who was clad in a faded Army crested vest, was said to have jumped out from the bus and demanded to know why the policewoman should stop the commercial bus, seeing he was seated in front.

During the heated argument, he was said to have started hitting the woman and at the same time asking her why she stopped a vehicle occupied by a soldier.

From the video clip of the battery which went viral, the suspect was seen flogging the policewoman with a cane. Though she attempted to put up an act of defense but was overpowered by the acclaimed soldier.

While the assault was going on, everyone stood watching, apparently out of fear not to have a fair share of the beating, as they considered Ayeni to be a soldier.

Policemen from Ilemba Hausa division, who got wind of the incident, rushed to the scene to find their beaten colleague still holding on to the suspect, preventing him from escaping.

Surprisingly during interrogation, Ayeni confessed that he’s not a soldier. He claimed to have been disqualified at the entry-level into the Military.

“This was because anytime someone shouted at me, I would feel somehow. They said I had a medical problem and told me to leave.

“I don’t know what came over me on Sunday. I was inside a commercial bus with the driver and conductor, when the policewoman hit the vehicle and that was all.

“I regret my action. I appeal to the Federal Government and the Police to free me. They should temper justice with mercy. I will never try this again. My wife walked out of the marriage six months ago, abandoning our baby”, he said.

When contacted, the spokesperson of the state police command, Bala Elkana, said Ayeni would be charged to court for assault.

KanyiDaily had also reported how a policeman killed a soldier over disagreements at a drinking spot in Bomadi Local Government Area of Delta State. 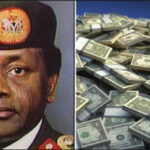 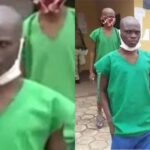