Former Big Brother Naija star, Frodd has been gifted a brand new Mercedes-Benz after a troll described him as a failure on Instagram, just because he doesn’t own a car. 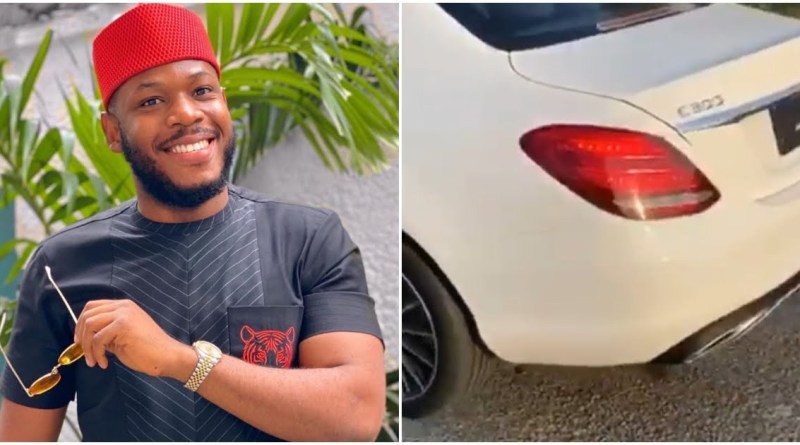 An Instagram troll had attacked Frodd for not making it great just like his colleagues. as he’s only an ambassador to two brands.

Frodd had given a subtle response to the troll and instead of backing down, the individual took his trolling to another level by noting that Frodd’s peers own Mercedes Benz while he is still ‘printing t-shirt’.

Wading into the matter, another follower identified as @sir_justine who appeared to have been following the exchange noted that Frodd would own the luxury ride before the month’s end. 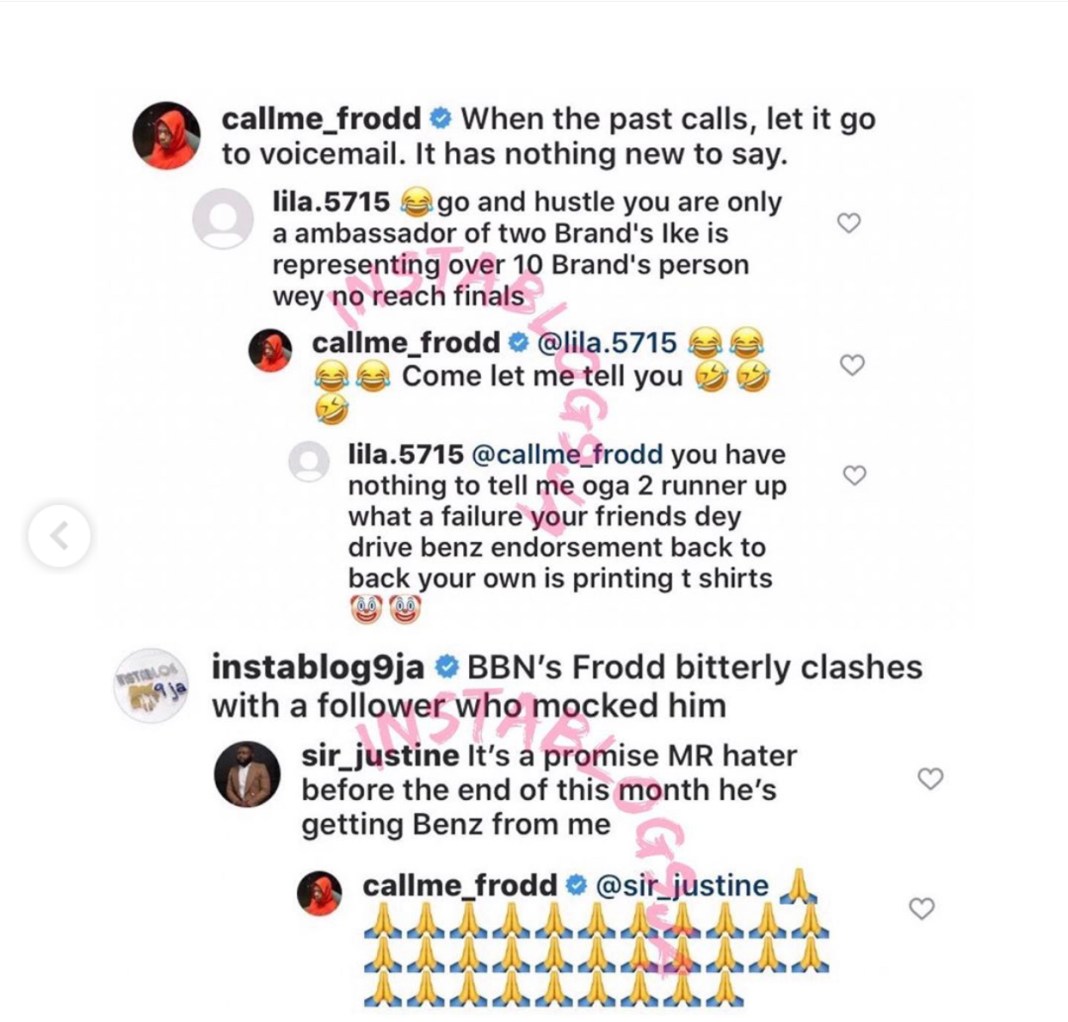 Well, true to his promise, @sir_justine made sure that a brand new Mercedes Benz C300 arrived at Frodd’s apartment.

An excited Frodd took to his official page on Instagram to announce the exciting news that he has just become the latest Mercedes Benz owner in town.

READ:  Ned Nwoko: Jaruma Reacts As Court Ordered Her Rearrest Over Her Absence For Trial

Meanwhile, Nigerian singer, Mr. Eazi had taken to social media to blast the organizers of Headies Awards for refusing to give him the car he won as the winner of the ‘Next Rated’ on headies since 2016.