Rivers State Governor, Nyesom Wike has reacted to comments by the former National Chairman of the All Progressives Congress (APC), Adams Oshiomhole, during the flag-off of the ruling party’s Governorship Campaign in Edo State. 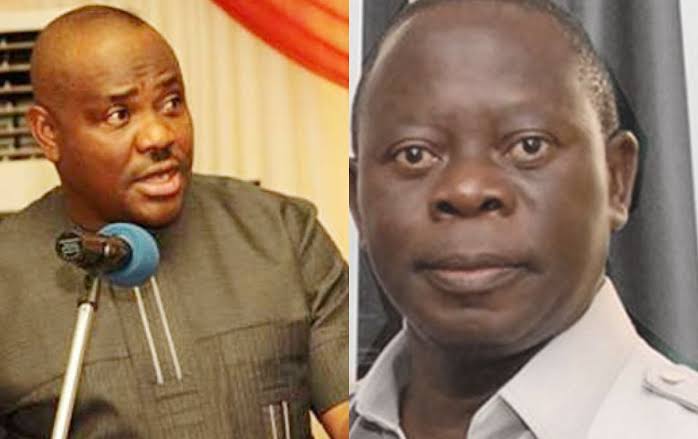 Wike who is the Chairman of PDP National Campaign Council for the Edo 2020 Governorship Election, berated Oshiomhole over his continued claims that Governor Obaseki is not a graduate even when the University of Ibadan has affirmed that he graduated from the institution.

He challenged Oshiomhole to present his academic certificate to Edo people rather than advising them to shun a candidate he claimed to be the brainbox of his administration’s achievements.

Wike added that it is better for Edo people to support a man that has three credits than to follow someone whom he said was a cultist and fake pastor who destroyed the manhood of his fellow man.

“The certificate claims about Governor Obaseki by the former APC National Chairman is a non-issue because he is the best candidate for Edo State.

READ:  Pastor Makes Women Twerk In His Church, Urges Other Pastors And Churches To Emulate Him

“This same man he said has three credits was his brainbox when he was in government. So is it not better for Edo people to support a man that has three credits than to follow someone whom he said was a cultist and fake pastor who destroyed the manhood of his fellow man.

“Oshiomhole is trying to tell Edo people whatever he decides is what will be and this is an opportunity for Edo people to say no. His claim that if APC losses the election they will secure the mandate through the courts is a total confirmation that the party cannot win the Edo election through the ballot box.

“Securing victory through the courts will be null and void as there are still Judges in Nigeria with a conscience who cannot dance to the tune of the APC,” he stated.

On the claims that President Muhammadu Buhari endorsed the APC Governorship candidate, Pastor Osagie Ize-Iyamu, Wike challenged APC supporters to show evidence where the President announced that he has endorsed a man who is facing corruption charges of the EFCC.

He said the absence of the President and Vice President at the flag-off of the APC Governorship campaign is a confirmation that he does not have their support.

On the comments by the former Governor of Lagos State, Bola Ahmed Tinubu that the action of Governor Obaseki on the Edo State House of Assembly crisis was wrong, Wike stated that he was surprised at his comments.

“Tinubu is one man that I have great respect for so when I read the papers, I was taken aback. It is unfortunate that members that were not inaugurated can turn around to illegally impeach people.

“What Governor Obaseki did is what any Chief Security officer should do. It is justifiable in order to avoid chaos,” he added.

KanyiDaily recalls that back in 2016, Oshiomhole had claimed that Pastor Ize-Iyamu was a cultist who poured acid on a fellow student at the University of Benin (UNIBEN). 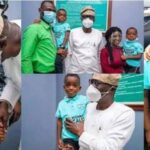