Nigerians has launched a GoFundMe page for former Big Brother Naija housemate, Erica Ngozi Nlewedim, after she was disqualified from the reality show for breaking some of the house rules.

KanyiDaily had earlier reported that Erica was disqualified for her unruly behaviour on Saturday night after the party with her fellow housemates. She got drunk and verbally attacked Laycon and even threatened to kill him outside the show.

However, some fans have rallied around the 26-year-old reality star to open a GoFundMe page to be donated to her to realize some of her dreams and aspirations.

A statement on the GoFundMe page states: “For Erica Nlewedim, the star of BBNaija season 5, Lockdown edition whose journey on the show came to an emotional end – To realize some of her hopes and aspirations.” 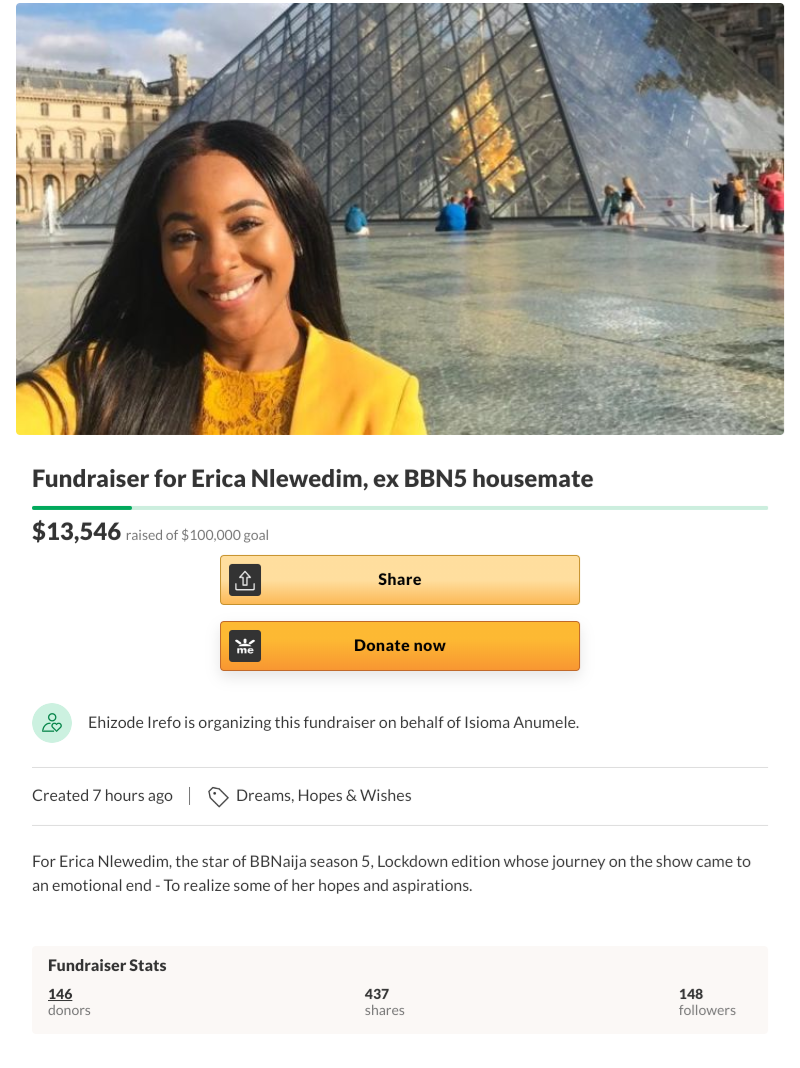 Also, another fan who happens to be a car dealer Chidi Mike Cars; gifted the disqualified reality show contestant a brand new Mercedes Benz and the sum of ₦2 million.

KanyiDaily recalls that Tacha shared the same fate last BBNaija season, she was gifted a lot of money and freebies after she was disqualified from the show. 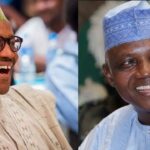 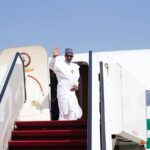