Former Abia state governor and Senate chief whip, Orji Uzor Kalu, has revealed his grand plan for Nigeria if he becomes the president in 2023. 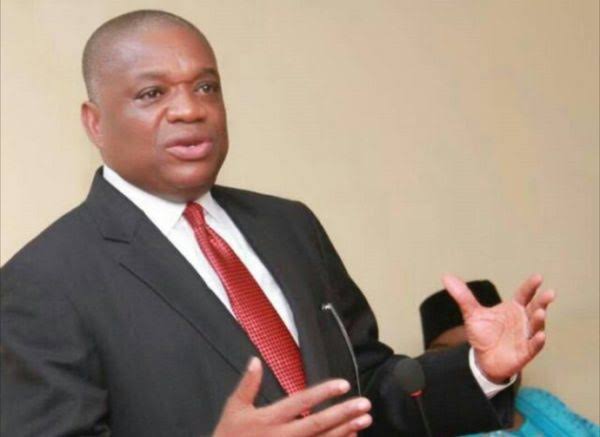 The Senator said that if granted the opportunity to take over the presidential seat, he will build a 20th-century economy for the country, The Sun reports.

He stated this during a programme on a radio station in Umuahia, Abia State capital, while speaking on his presidential ambition in 2023.

Kalu said he is capable of presiding over Nigeria, but he’s focusing on his constituency in Abia, as there is more work to be done there.

“Yes, if you give me the presidency, why not, I will take. I am capable of doing the job,” he said.

“The problem is who is capable of doing the job. For now, I am focusing on my constituency; there is a lot of job to be done.

“If you give me opportunity, I will like to go back to the Senate for a second term, but if the people of Nigeria want me to be president, they will show the hand. I can do the job. I can build a 20th century economy for our people.”

KanyiDaily recalled on Tuesday, Orji Uzor Kalu said he would be glad to serve as Nigeria’s president if given the opportunity by the electorate.

In December 2019, Kalu was sentenced to 12 years in prison after he was convicted for N7.1bn fraud alongside his firm, Slok Nigeria Limited, and a former Director of Finance during his tenure as governor, Ugo Udeogu.

However, on May 8, 2020, the Supreme Court nullified the conviction of Kalu and Udeogu on the grounds that the presiding judge, Justice Mohammed Idris, lacked the jurisdiction to have presided over their case. The Senator was released from Kuje prison on June 3, 2020.