Ifeanyi Okereke Elechi‘s family, the newpaper vendor who was shot dead by a security aide to the Speaker of the House of Representatives, Femi Gbajabiamila, has demanded N500 million for compensation.

KanyiDaily had earlier reported how the newspapers vendor was shot in the head by Gbajabiamila’s security aide on Thursday, just a few hours after his wife gave birth to a baby that same day.

Reacting on Friday morning. Gbajabiamila explained that Okereke was hit by a stray bullet meant to disperse a crowd when he went to greet newspaper vendors while leaving the National Assembly.

Gbajabiamila suspended the operative who fired the shot, Abdullahi Hassan, and handed him over to the Department of State Services (DSS) last week.

READ:  "I Stopped #EndSARS Protest Because It Was Hijacked" - President Buhari Tells Ex-Leaders

But in a letter addressed to the speaker dated November 23, 2020, the deceased family demanded N500 million compensation. The letter was signed by the lawyer of the family, Chief Mike Ozekhome (SAN).

Okereke family, who said the demand is not enough to replace their son, threatened to take legal action against Gbajabiamila if all their demands were not met within seven days.

“Our clients have instructed us to make from your good self, the following modest demands: That you use your good offices to ensure the immediate prosecution of your security aide (Abdullahi Hassan), who went on a frolic of his own, clearly acted outside the purview of his duty and responsibility by shooting to death an innocent, harmless.

“That you adequately compensate the Okereke family with a modest sum of N500m only. This monetary demand can never adequately replace or take the place of their son, husband, brother, and breadwinner’s life. But it will at least mitigate the obvious trauma and hardship the premature demise of their irreplaceable breadwinner has placed on them.

“Take note therefore that it is our clients’ firm instruction that in the event that you fail, refuse and/or neglect to accede to or proffer reasonable compensatory terms to our above modest demands within seven days from the date of this letter, we shall without any further correspondences from us, take appropriate legal steps to enforce our clients’ constitutional rights.”

KanyiDaily had also reported how Abuja newspaper vendors protested against the killing of their colleague, and demanded immediate prosecution of the security aide who shot Ifeanyi Okereke Elechi.

READ:  See the Chef Who Ran Away with $6million in Cash and Jewelry Belonging To An NNPC Managing Director (Photo) 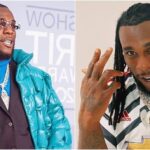 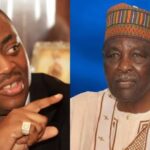