The Chairman of the All Progressives Congress (APC) in Benue State, Abba Yaro, has faced the wrath of some angry youths following the death of a security guard attached to his house, located along Judges’ Quarters, behind the permanent site of the Zone 4 Police Command.

It was gathered that the irate youths numbering about 100 invaded the APC Chairman’s house on Monday, damaging the building and vandalising three vehicles on the premises.

Speaking with Punch, a resident identified as Dooshima said that trouble started when youths in the area found the body of the security guard hanged on a tree.

“This angered the youth in the community, who invaded the house, pulled down the gates and damaged the house,” she added.

Reacting to the incident, Yaro said that he was asleep when the victim was electrocuted.

“I woke up with a noise from people this morning (Monday) that one of my security men climbed a tree to cut the branch that touched a high tension wire and in the process, he got electrocuted.

“When I asked the other security man, he told me that he warned him against going to cut the branch, but the man said he knew how to do it, only for him to be electrocuted.

READ:  Twitter Was Never Banned In Nigeria Because Of President Buhari - Lai Mohammed

“We were in the process of sorting out things when youths came in their numbers, pulled down the gate, entered the house and destroyed it.”

Yaro commended the state Governor, Samuel Ortom, who visited the house, adding that the intervention of the governor and the police saved his family from attack.

IN OTHER NEWS: Governor Ortom has also reconciled a Channel’s Television reporter, Pius Angbo, with his wife, Ifeyinwa Angbo, after she was physically assaulted by the reporter.

READ:  If Buhari Went To Court Thrice Without Reasonable Cause, Atiku Should Go Too - Obasanjo 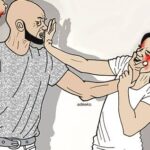 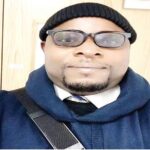