A suspected member of the Boko Haram terrorist group, Aliyu Tashaku has officially joined the All Progressives Congress (APC) to contest for Makurdi/Guma federal constituency in Benue State.

It was learnt that Tashaku allegedly joined the APC on Monday, November 30, 2020, in order for him to contest for Makurdi/Guma Federal Constituency in Benue come 2023 general election.

It would be recalled that Ahmad Salkida, a journalist known to have access to the leadership of Boko Haram, revealed that Tashaku whom the military gave out his identity as ‘Aminu Yaminu, aka Tarshaku’, was the insurgent commander captured in Benue and that he once shared a cell with Mohammed Yusuf, founder of the sect.

In his article titled: ‘The Nigerian Killing Fields’, Salkida revealed that Tashaku who was leader of Benue vigilante group, was an escapee Boko Haram member who disappeared in 2009 with Boko Haram’s arms budget.

In a statement, the then Assistant Director, Army Public Relations, Major Olabisi Ayeni, confirmed the arrest of Tashaku after being hunted several times by the Nigerian Police.

Ayeni said that his arrest was made possible through combined efforts of troops of 707 Special Forces Brigade, Nigeria Police and the Department of State Services in Makurdi.

“Nigerian troops have arrested the key Boko Haram suspect, known as Aminu Yaminu, nicknamed Tashaku, who is believed to have masterminded most of the recent attacks in Benue State,” the statement revealed.

The spokesperson said the suspect had concluded plans with his cohorts in Bauchi, Borno, Yobe and Nasarawa states to launch a major attack on innocent citizens in Benue State. He was also accused of masterminding some of the deadly attacks recorded across the state from January 1, 2017.

Before Tashaku was arrested by the Army, he was appointed head of Benue livestock guards by Governor Samuel Ortom and charged with the duty of enforcing compliance on the anti-grazing law in the state.

The state government cried blue murder, saying the Federal Government had the man arrested because he was an impediment to the agenda of rampaging herdsmen.

The APC hailed Tashaku’s arrest while PDP kicked against it, insisting that he had links to Boko Haram until he left their party on Monday.

After he joined APC on Monday, the same PDP that vilified the federal government for his arrest, are saying a terrorist is joining the ranks of APC.

KanyiDaily had reported how a PDP lawmaker’s aide was caught on camera breaking into APC lawmaker’s office at the National Assembly.

READ:  Pastor Funke Tells Married Women What To Do When 'Useless Girls' Sleep With Their Husband [Video] 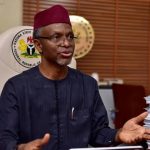 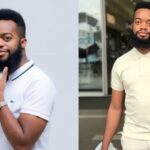