Nollywood actress, Queeneth Agbor has revealed the type of man she would marry if she is to choose between a stingy man and a cheating man.

During a recent interview with Saturday Beats, the actress said she can cope with a cheating partner because he would eventually get tired and change like the biblical King Solomon, but a stingy man would remain like that for life.

“I can cope with a cheating man, provided he ‘cheats responsibly’. He could cheat then make it up to me by spoiling me,” she said.

“A man who cheats would eventually get tired of doing that, the same way King Solomon in the Bible got tired. History never fails to repeat itself. He would definitely get tired and change but a stingy man would remain like that for life. Stinginess is not permitted around me.”

Agbor also stated that if she got married, she would not feel offended if her husband asked for a DNA test on her children.

“If my husband asks for a DNA test, I would allow him do it. However, he would pay through his nose after the result is released. A man would only ask for a DNA test when there is no trust,” she said.

KanyiDaily recalls that Legal council, Barrister Chidi Ogudu had adviced men to test their women’s tolerance level by ensuring she catches him cheating ‘at least two or three times” before marriage.

According to the lawyer, this is how the man would get to know if the woman he intends to marry has the spirit of forgiveness and fear of God. 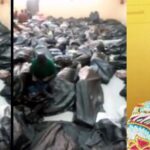 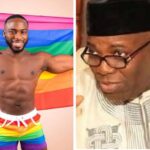