Femi Adesina, the special Adviser on Media and Publicity to President Muhammadu Buhari, has reacted the allegation of nepotism in appointment of new service chiefs.

KanyiDaily had reported yesterday that President Buhari sacked the service chiefs in the country with immediate effect and appointed new officers.

Many Nigerians have been criticizing President Buhari for repeatedly making appointments without the inclusion of any man or woman of Igbo extraction.

Reacting during an interview with Channels TV, Femi Adesina said that the appointments of security chiefs are not subject to federal character.

According to him, the President can appoint whoever he feels is fit and will deliver the job accurately for the country and for Nigerians.

“In security, they are not subject to Federal Character. It is about competence; it is about the ability to deliver.

“So, the president will appoint whoever he feels is fit and proper and will deliver to the best level for the country and for Nigerians,” he said.

KanyiDaily recalls that Bishop Matthew Kukah had accused President Buhari of introducing nepotism and clannishness into the military and other security agencies. 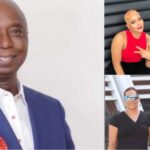 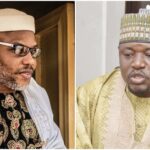