Ondo State Assembly of Traditional Religion Worshippers has offered to help the state governor, Rotimi Akeredolu, flush out criminal herdsmen in the state.

The coordinator of the traditional worshipers, Chief Adewale Oso, made the offer at a press conference on Tuesday, January 26, 2021.

Oso said that with spiritual backing from the gods, they will flush out criminals masquerading as herdsmen from the state as well as the entire South West region.

He also called on the state government and other religions to collaborate with the traditionalists in the fight against criminals in the state.

“We want to appeal to our Christian and Islamic brothers to cooperate with us. Let us fight this battle together for peace and freedom in our ancestral land.

“Our traditions have powers to expose evildoers around us. If some people are killing and hiding, when authorities do the right thing, in the traditional way, they would be exposed,” he said.

KanyiDaily recalls that Governor Akeredolu had given herdsmen 7-days ultimatum to vacate all forest reserves due to the high rate of criminality in the state.

READ:  PHOTO Of The Day: Can Someone Caption This Photograph For Me 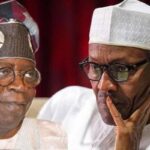