Fulani Herdsmen have demanded for N495 billion compensation from the Federal Government over lives and properties lost during the #EndSARS and Shasha crisis. 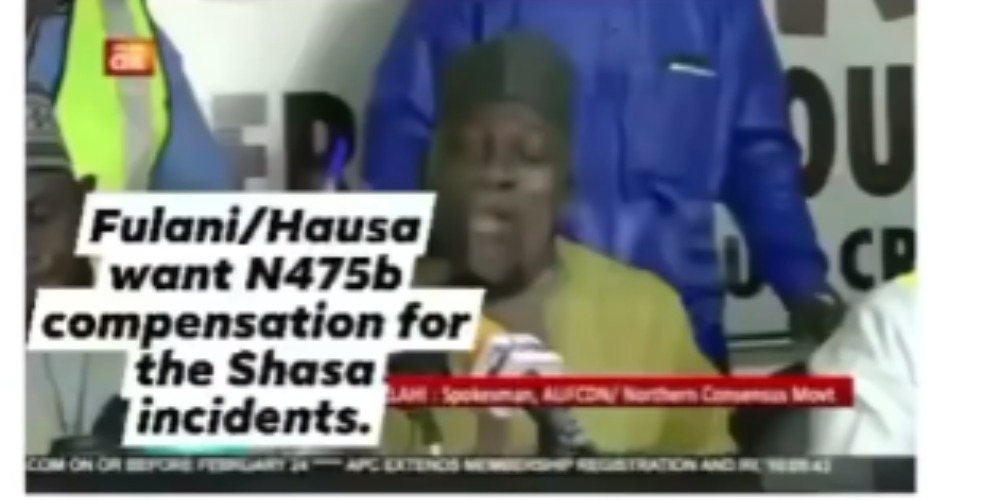 In an interview aired on AIT, a Fulani/Hausa representative seeked the sum of N495b as compensation for the lost of lives and properties during both crises.

According to him, 151 people lost their life during the during the Shasha crisis in Ibadan, Oyo State, while not less than 100 people died during the #EndSARS protests across the country.

He claimed that they have sent in photo and video “evidence of herdsmen killed” during both crisis to Nigerian and International agencies.

Noting that the Fulani and Hausa have the right to live and do business anywhere in Nigeria, the reps threatened mass action if their demands are not met.

KanyiDaily recalls that Miyetti Allah had vowed to resist any attempt to evict herders from the South-West, adding that the group will avenge the alleged attacks and killings of Fulani herdsmen in the region.