Popular Nigerian singer, Flavour N’abania has revealed that he didn’t plan on having children outside wedlock even though loves beautiful women. 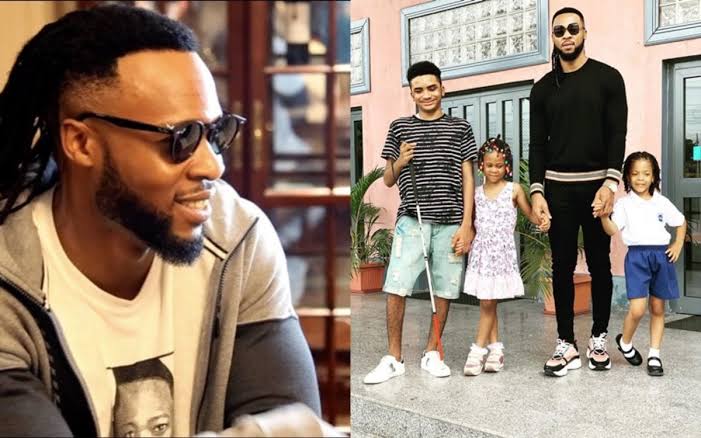 The father of three, who is regarded as a womanizer, made the revelation during an exclusive interview with media personality, Ebuka Obi-Uchendu.

When asked if he agrees with people’s opinion of him being a womanizer, Flavour explained that he was judged by fans because he’s a public figure who has his way with women and has great tastes when it comes to women.

“That’s people judging (me), you know. As long as you are in the public eye, you would get stuff like that.

“It was never planned, though I cannot deny that I love beautiful women. I am an African man, not a white man. I have tasted too with women. I don’t just go with anything.”

He further disclosed that he knew that it would be difficult for him to handle women due to the nature of his career as a singer. He said, “I knew that with my job at some point, it was going to be very difficult with women.”

However, the father of three said his children give him joy; though he didn’t plan on having children out of wedlock, the sight of his children excites him, and that is all that matters.

“I am very happy when I look at the kids, and I believe that is all that matters. I am so happy because I never expected everything to happen this way.

“When you also look at the positives, you would see happiness in it. You have to take it. This is life, and you have to live it. I swallow everything and get on with it. I make myself happy,” he added

KanyiDaily recalls that Flavour also made a shocking revelation about his sex life, disclosing that he broke his virginity at age of 24.