The National Leader of the All Progressives Congress (APC), Bola Tinubu, has donated a sum of N50 million to victims of Katsina Central Market fire incident. 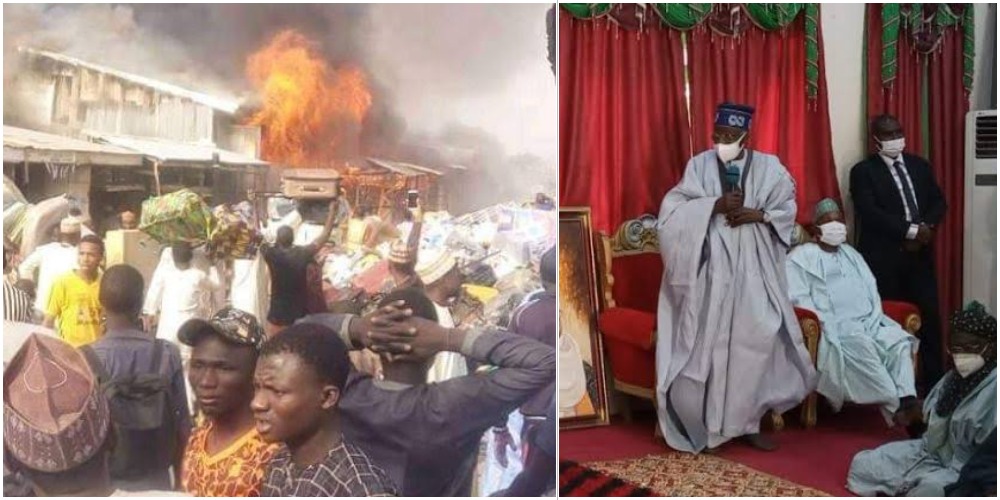 KanyiDaily had reported how an early morning fire gutted the Katsina Central market on Monday, where over a 100 shops were razed with goods worth millions of naira destroyed.

Tinubu visited the affected traders at the ravaged market on Wednesday, along with Governor Aminu Bello Masari; his Deputy, Mannir Yakubu and the Secretary to the State Government, Mustapha Inuwa.

While commiserating with victims of the fire incident, the APC leader announced the donation of N50 million and called for the reopening of the market to enable traders resume commercial activities.

He said the immediate reopening of the market would enable the victims to ascertain the number of properties lost and kickstart their means of livelihoods.

“We will continue to promote unity and collaboration among members of communities in our country. We cannot displace ourselves, but unite ourselves to promote peace and stability,” he said.

Tinubu further asked residents of the state and Nigerians in general, to shun violence and acts that are capable of disrupting peace and stability of the country, noting that no meaningful development could be achieved in an atmosphere of rancour.

KanyiDaily recalls that Ekiti State Former Governor, Ayodele Fayose had praised Tinubu, describing him as one of the greatest builders of men in Yorubaland and Nigeria at large. 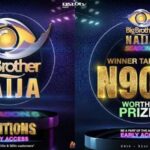