The National Leader of the All Progressives Congress (APC), Bola Tinubu, said he didn’t request security operatives to stop hoodlums that razed The Nation Newspaper and Television Continental because he didnt want any bloodshed. 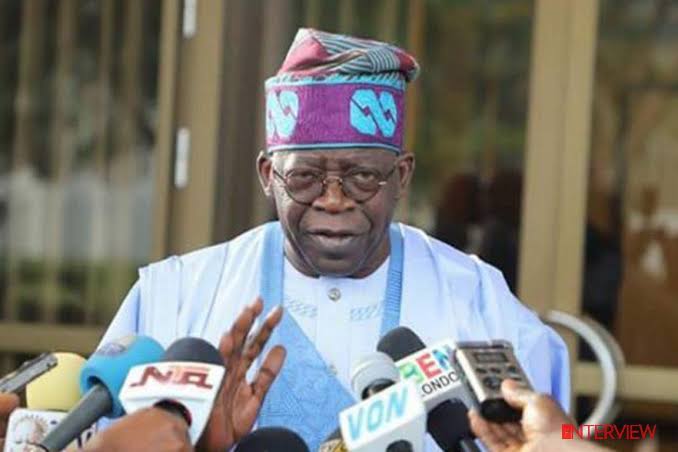 KanyiDaily had reported how some businesses linked to Tinubu, including The Nation and TVC station, were attacked and burnt by hoodlums in Lagos.

This is coming after Tinubu was accused of ordering Nigerian Army to open fire on #EndSARS protesters at the Lekki tollgate area of Lagos State – a claim he has denied.

In a statement issued on Sunday, Tinubu who confirmed that he is a financier of the two media houses, denied making money from the Lekki toll gate plaza.

Tinubu said his political enemies falsely claimed that he sent soldiers to the tollgate because he has financial interest in the tollgate and he was losing revenue due to the prolonged protest.

READ:  "Once You Join APC, All Your Sins Are Forgiven" - Oshiomhole [Video]

He, however, described the claims as “complete and terrible lie,” saying they were being sponsored by his political enemies to pit him against the state and the Federal Government.

“My opponents have every right to oppose me politically but let them have the courage to do so in the open, above board and to employ facts not evil fiction in their efforts against me. They have no right to slander and defame anyone with the terrible and vile fabrications now cast at my feet,” he said.

READ:  UPDATE: See The Heartless Man Who Ordered the Beating of Ebonyi Girl for Having S*x (Photos)

Tinubu, who said he had financial investment in the TVC and The Nation, which were significantly damaged, pointed out that he never sought for the Army or the police to attack, kill or injure those who razed the two properties, despite prior notice of the imminent trespass.

“On the other hand, I am, indeed, a promoter and financial investor in the Nation newspaper and TVC. It was widely known and circulated through social media that certain malevolent elements were going to take advantage of the situation to attack the Nation newspaper facilities and TVC in Lagos.

“The attackers came. Both facilities were significantly damaged. Although equipped with prior notice of the imminent trespass, I did not call anyone to seek or request for the army or police to deploy let alone attack, kill, or injure those who razed and vandalized these properties. I did not want any bloodshed.

“These elements, mostly hirelings of my political opponents, wreaked their havoc and destroyed those buildings and facilities and I thank God that the employees of these two media institutions managed to escape largely unharmed.

“There is a deeper truth involved here. Burned buildings and damaged equipment can be rebuilt or replaced. There is no adequate substitute for the loss of even a single human life. I am not one to encourage violence. I abhor it. Thus, I did nothing that might endanger lives, even the lives of those who destroyed my properties.

“There is no rationale that can adequately explain why I would order soldiers to repel peaceful protesters from the toll gate where I have no financial interest, yet, choose to do nothing to protect my investments in the Nation and TVC,” he said.

KanyiDaily had also reported how Nigerians demanding the end to police brutality in line with the #EndSARS tagline stormed the London residence of Tinubu on Saturday, October 24, 2020. 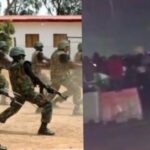 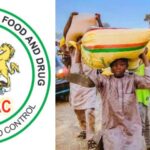