The Middle Belt Forum, Kaduna State chapter, has kicked against the call by Northern elites to block the supply of food items to the southern part of the country.

KanyiDaily recalls that the Miyetti Allah Cattle Breeders Association of Nigeria (MACBAN) had blocked the transportation of cattle and foodstuffs to the South West.

The group said the blockade of cattle and foodstuffs will continue until the safety of Fulani is guaranteed in the South West region.

However, a statement by the Secretary of Middle Belt Forum, Kaduna chapter, John Haruna, described the call as laughable, trash, nonsense in its entirety and unacceptable.

The statement reads: The attention of Middle Belt Forum has been drawn to a call by some group of people calling for block of food supply to the southern part of the country.

“We from the Middle Belt region of Nigeria shall continue to transact, do trade with and supply abundant food items to our Southern brothers who are so dear to us.

“No amount of blackmail shall force us to part away from YORUBAS, IBOS IJAWS, BINIS, IBIBIOS and others. Let it be known to this group that the era of divide and rule by the so called core north is over, completely buried and gone for good. such cannot be tolerated any longer. we no longer accept deceit and lies from anybody.

“The Forum unequivocally advised those who are championing and supporting the call to rethink and desist from further making such an empty treat that will not augour well for them and their sponsors.

“On this note therefore, The Forum warned that it will not accommodate or tolerate such reckless statement from any quarter and asked this group to stare clear of Middle Belt geographical territories.

“The Forum is equally calling on all our Southern brother and sisters to remained calm and ignore all the noise and rumours been pendling or making around and remained focused as they pursue their legitimate businesses.”

Meanwhile, Kano traders are lamenting about the ongoing food blockage, revealing that a bag of onion sold in the South for N35k, have now crashed to N7k in the North. 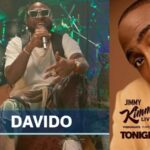 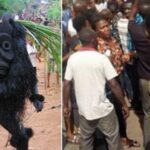