A coalition of 52 northern groups has called on the global community to intervene in persuading the Nigerian Government and United Nations (UN) to facilitate the final actualisation of the Biafran dream by the Igbo. 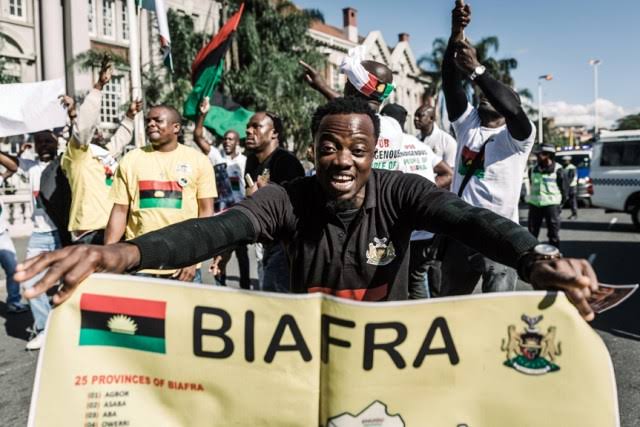 The spokesperson of CNG, Abdul-Azeez Suleiman, made the call on Monday in a communiqué after an emergency meeting in Abuja,

The group asked UN to back Biafran agitation, saying that a destabilised Nigeria will threaten the peace and security of the entire sub-Saharan Africa.

While describing as empty and of no effect “threats and promises” by President Muhammadu Buhari, the CNG said Northern Nigeria has never experienced the present level of exposure to criminals and bandits under the current administration.

READ:  Family Arranges Wedding Without A Bride For Their Disabled Son Who Couldn't Find A Wife

“between December 2020 and April 2021, over 970 students were abducted from their schools in the northern part of Nigeria with a substantial number still in captivity and some violently executed,” he said.

“The CNG hereby resolves to call on our friends and the international community, the UK especially, to understand that our bilateral friendship is guided by the principles of sovereignty, promotion of peace and the standards that guide legitimate interference.

“Hence, their intervention, exclamations and actions should not be drawn to discountenance the effort of the Nigerian state to protect citizens from violence and terror.

“We finally wish to renew our request for the global community’s intervention in persuading Nigerian authorities and the United Nations to facilitate the final actualisation of the Biafran dream by the Igbo.

“The world should keep in mind that by far, a destabilised Nigeria will certainly threaten the peace and security of the entire sub-Saharan Africa.

“In the South, gangs of armed IPOB militia, violent secessionists and an assortment of militant groups appear to sense a huge vacuum in the capacity and political will by the Federal Government to challenge them, which they exploit with disastrous consequences on the nation’s security assets and specifically on northern communities and individuals living as minorities in the South while the presidency wallows in deflecting the issue.”

The CNG, however, attacked the Indigenous People of Biafra, saying it “is now taking a more ominous and repulsive form and context with an open declaration of violence and anarchy against other parts of Nigeria and the Nigerian State.”

KanyiDaily recalls that a report recently emerged that the United Kingdom was planning to grant asylum to persecuted members of Biafran secessionist groups.

But the secessionist groups declined the offer saying “what we Biafrans need and cherish the most is referendum and not asylum in the UK.” 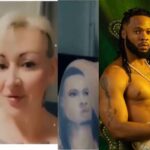