The Nigerian Civil Aviation Authority (NCAA) has grounded a private chopper belonging to Pastor Enoch Adeboye of the Redeemed Christian Church of God (RCCG) at the Lagos Airport. 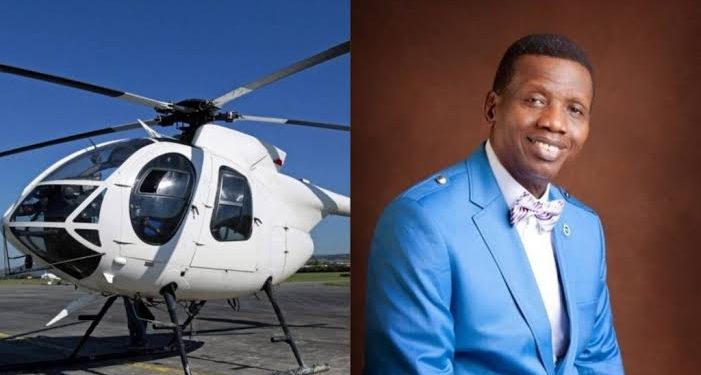 It was learnt that the aircraft, AgustaWestland AW139 chopper, with registration number 5N-EAA, was suspended from flying over two weeks ago, following the expiration of some of its papers and spare parts.

According to NCAA officials, the suspension would also allow the regulator to conduct vital safety checks on its safety-critical components, especially some spare parts due for replacement.

Multiple aviation sources confirmed that Adeboye could not fly his chopper with registration number 5N-EAA to Ibadan programme last weekend, but had to fly another aircraft reportedly belonging to Bishop David Oyedepo of the Living Faith Church (Winners Chapel).

A top official of Omni-Blu Aviation, the airline operating the chopper for Adeboye, confirmed the development.

The official, who chose to speak on condition of anonymity, said a letter from Italy-based Leonardo, the manufacturer of Adeboye’s AW 139 helicopter, requesting the NCAA to grant a time extension on some spare parts that are due for replacement came late.

The spare parts due for replacement have been ordered from the manufacturer but they have yet to be shipped into Nigeria because they are usually produced on demand, according to Omni-Blu Aviation.

When contacted, the Director-General, NCAA, Captain Musa Nuhu, confirmed that the regulatory agency had suspended flights on the aircraft for safety reasons.

According to him, the NCAA does not often deal directly with individuals or owners of aircraft but the operator.

In this case, he said the NCAA only had business with the operator of the aircraft, Omni-Blu Aviation.

Nuhu said, “There are safety-related issues that must be resolved before the aircraft will be approved for resumption of flights. Safety is the paramount consideration in all approvals given by the NCAA. No matter what, we must not sacrifice safety for flights; that is the whole idea.”

When contacted over the development, the spokesperson for RCCG, Pastor Olaitan Olubiyi, said the matter was already resolved.

Olubiyi said, “We will not want to take issue with the aviation authorities but I can assure you that an amicable solution is being found to the issue.”

This is coming eight months after Pastor Adeboye bought the helicopter with initials, ‘5N-EAA’ which means ‘Enoch Adejare Adeboye’, for evangelism.

READ:  "Oshiomhole Should Not Destroy What Others Had Laboured To Build" - Former APC Chairman 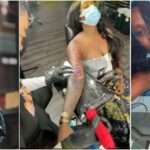