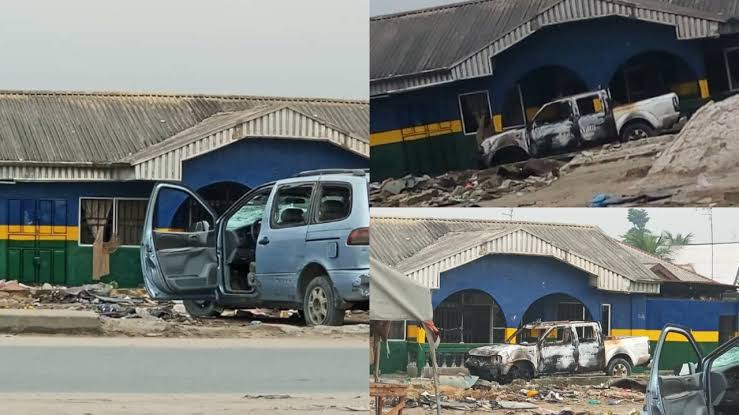 It was learnt that three policemen were feared killed at the Elimgbu police station during the attack which happened on Friday night,

Two other officers icwere feared killed at the Divisional Police Headquarters in Rumuji and a security vehicle was reportedly burnt.

Also, the gunmen attacked a checkpoint of a security outfit known as C-4-i along the East-West Road, leaving two security operatives reportedly killed.

READ:  16-Year-Old Girl, Comfort Benjamin Raped And Strangled To Death On Her Birthday In Jos

The attacks which took place at about 10pm threw the affected communities into panic, even as the state governor, Nyesom Wike, had imposed an inter-state and intra-state curfew to curb security threats.

Speaking with newsmen on the incidents, the spokesperson to the State Police Command, Nnamdi Omoni, confirmed the attack but said he would make details available after visiting the areas attacked.

Meanwhile, the state’s Commissioner of Police, Eboka Friday, on Saturday morning, confirmed the report saying, “Yes, that is what we heard. I am on my way to the place. I want to confirm it myself.”

KanyiDaily had also reported how unknown gunmen killed three policemen during an attack at the Divisional Police Headquarters in Enugu State.

Related Topics:GunmenKilledMurederNewspolicerivers state
Up Next

I Will Never Keep Quite If My Child Is Kidnapped, I’ll Go And Lock Aso Rock – Sheikh Gumi