Governor of the Central Bank of Nigeria (CBN), Godwin Emefiele, has finally admitted to a claim by Edo State Governor, Godwin Obaseki, that the Federal Government has been printing money to support the payment of states allocation. 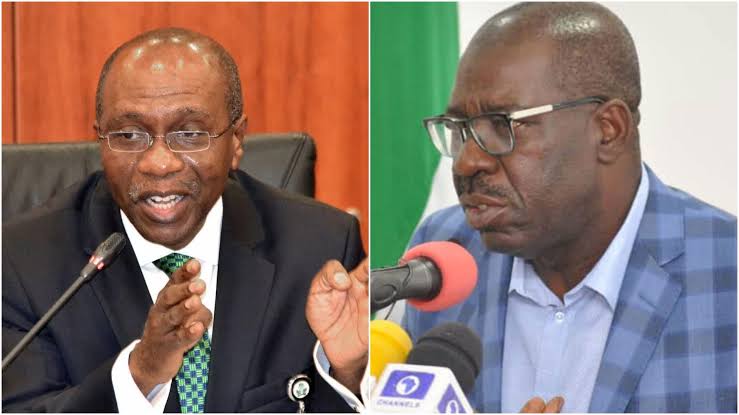 KanyiDaily recalls that Governor Obaseki had alleged that the government printed extra N60 billion for states to share in March because Nigeria is in huge financial trouble.

But the Minister of Finance, Budget and National Planning, Zainab Ahmed, said Obaseki’s claim was very sad because it was “untrue”.

The spokesperson of CBN, Osita Nwanisobi, also labelled Obaseki a liar, saying that he was not aware of any N60bn that was printed

However, during a press briefing on Thursday, Emefiele clarified that the government’s printing of Naira simply meant loans advanced to States to pay salaries and survive.

He admitted that the printed money given to states were meant for loans, and not the literal interpretation of printing money from the factory and sharing to the public.

Wondering why any controversy should be built around the printed money, Emefiele described Obaseki’s claim as a political ploy that is “unfortunate and totally inappropriate”.

“If you understand the concept of printing of money, it is about lending money. There is no need for all the controversy around money printing as if we are going into the factory to print naira and then distribute on the streets,” he said.

“It is very inappropriate for people to just give some coloration to the word ‘printing of money’ as if it is a foreign word coming from the sky.

“In 2015/2016, we were in a similar [fiscal] situation, but it is far worse today. We provided budget support facility to all the states of the country and that loan remains unpaid till now. We are going to insist on the states paying the loan back since they are effectively accusing us of giving them loans.

“Most countries of the world today are confronted by not just the health crisis from the COVID pandemic but also economic crisis. I keep saying this: it would be irresponsible of the central bank of Nigeria or any central bank to stand idle and refuse to support its government at this time. Whatever we do in Nigeria is being done in any clime.

“Nigeria is unfortunately in a very bad situation and we cannot pretend about it in the sense that we are facing problems about productivity output which is gross domestic product (GDP). We are working very hard to see how we can get our heads above water. We are also concerned with issues of inflation.

“For us to see some people playing some games, overheating his polity talking about printing of money, I think it is unfortunate and totally inappropriate. I would like to advise that this should stop. We should all work for the growth of our country and not play politics.” 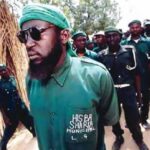 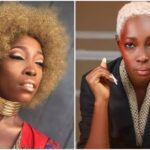