AbokiFX.com, an online platform that publishes exchange rates, has suspended its daily updates on foreign exchange rates following complaints by the Central Bank of Nigeria (CBN) that the platform was carrying out an “illegal activity that undermines the economy”. 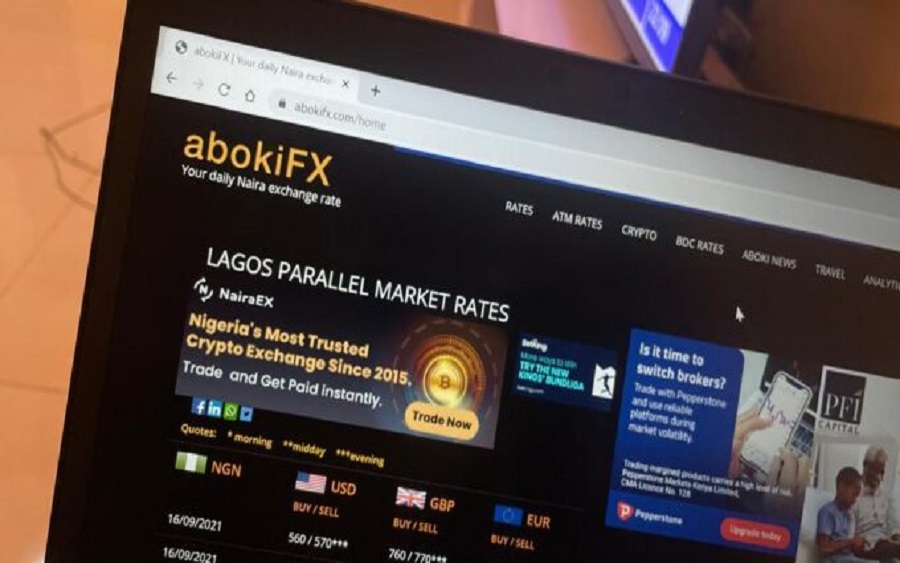 KanyiDaily recalls that the CBN Governor, Godwin Emefiele had accused the founder of abokiFX, Olusegun Adedotun Oniwinde, of being responsible for the current crisis in the Forex market which has brought the Naira to its knees.

Emefiele, who described Oniwinde as an illegal forex trader, said the AbokiFX owner used his website for forex manipulations and speculations by purchasing forex to make a profit.

The CBN Governor said Oniwinde, who lives with his family in the United Kingdom, would be prosecuted for endangering the Nigerian economy by deliberately attacking naira for his own personal benefits.

READ:  "Shame On You" - Iranians Blasts Buhari's Government At Nigerian Embassy In London Over El-Zakzaky [Video]

Reacting in a statement on Friday evening, AbokiFX distanced itself from CBN’s allegations, adding that it would no longer publish exchange rates for now and hoped that the naira would stabilise.

“Abokifx has taken the decision, today, 17th of September 2021, to temporarily suspend rate updates on all our platforms until we get better clarity of the situation,” the statement reads.

“Final rates have been posted this evening, but the abokiFX news section and the Crypto rates section will still be active.

“abokiFX does NOT TRADe FX, which we have always maintained in our emails and social media platforms.”

The platform said it has not received any official communication from any government agencies and its bank accounts are neither closed as propagated by the media.

“All allegations against our director are yet to be confirmed but we at abokiFX DO NOT trade FX neither do we manipulate parallel market rates”, the statement adds.

“Outside the media allegation, we have not received any communication from any government body and our accounts are not closed as stipulated in the media.

“abokiFX is fully functional BUT we will not be publishing any form of rates on our platforms for now.

“We sincerely hope this suspension will lead to the Naira appreciation from next week.

AbokiFX added, “With our decision to temporarily suspend online rate publication, we are aware that there will be limited visibility of parallel rates information which will impact decision making for many.”

KanyiDaily had also reported how victims of MBA Forex scam protested at EFCC headquarters in Abuja, demanding the arrest of Maxwell Odum and refund of their funds.