The Miyetti Allah Cattle Breeders’ Association, has vowed to avenge the death of every Fulani herdsmen killed in the South-East by the Indigenous People of Biafra (IPOB).

The National Secretary of the association, Engr. Saleh Alhassan, issued this threat during an exclusive interview with The PUNCH on Thursday.

According to him, at least 50 herders have been killed in the South-East in the last one month, and IPOB led by Nnamdi Kanu will pay dearly for the mindless massacre.

“The security agencies should intensify efforts in dealing with all those terrorists killing Fulani herders, burning police stations, prisons and destroying institutions in the South-East,” he said.

“So far, more than 50 herders have been killed in the South-East in the last one month, we have the record and the Igbo terrorists led by Nnamdi Kanu will pay for everybody they killed.

“It is unfortunate that they have forgotten history, how we saved a lot of Igbos in the North during the Civil War but now they are killing our people. They are making a grievous mistake. We will take necessary steps, both legal and cultural steps, to avenge the killings of our members.”

KanyiDaily recalls that the IPOB had warned the Nigerian Army, Police and other security agents to desist from accusing its members of being responsible for the series of attacks in South-East region.

READ:  One Killed, Many Injured As Thugs Hijack Ballot Box In Bayelsa 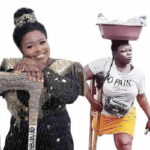 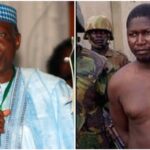