Super Eagles and Leicester City striker, Kelechi Iheanacho has been named Premier League Player of the Month award for March 2021. 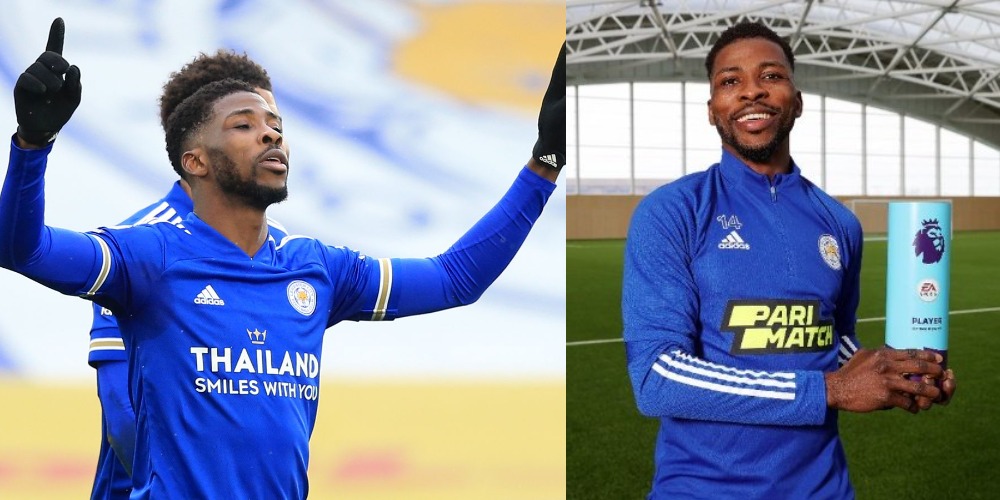 He scored five goals in three league appearances for Leicester in the lead-up to the international break last month, including his first Premier League hat-trick against Sheffield United.

Your @EASPORTSFIFA Player of the Month is @67Kelechi 🌟#PLAwards pic.twitter.com/IN9etLZhu7

Reacting to winning the award for the first time in his career, Iheanacho told his club’s official website he was pleased and honoured to be voted the best player for the month

“I’m so pleased and honoured to win this award. It’s great to be recognised, but I couldn’t have done it without the support of my team-mates and the manager.

“I’m really enjoying playing at the minute and hopefully I can push on and help the team to finish as high as possible this season.”

Bromance between Kelechi Iheanacho and Ndidi is beautiful 😂🔥

Congrats senior man Kelz on EPL Player of the month.pic.twitter.com/giIOCywV0H