Nollywood actress, Uche Ogbodo has taken to social media to advise single women against killing their babies in the name of abortion. 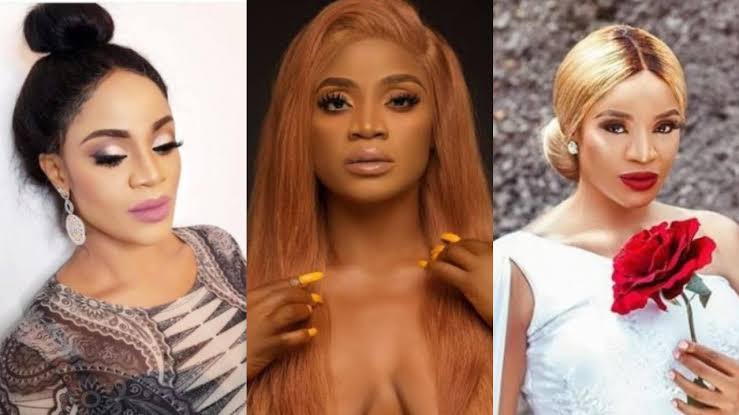 In a lengthy video shared on her Instagram page, Uche said she doesn’t support abortion because her beliefs as a Catholic was against it.

She said it is silly for a woman above 30, who will soon reach her menopause, to have an abortion all because she’s waiting for a husband.

The actress said she doesn’t regret having her six-year-old daughter at the age of 27, adding that she’s also going to keep her current pregnancy now that she’s 34.

Uche further claimed that marriage doesn’t favour everyone and gave an example with an old acquaintance who no longer looks beautiful since she got married.

“It’s so painful o when I see a lot of girls my age, they don’t look beautiful anymore ad they were so pretty. I saw one yesterday I had to go back to the page to refresh…she was looking haggard and old and ugly,” she said.

“So who marriage help? If with marriage and the almighty man that you’re marrying, you’re looking terrible, without marriage, who knows how you go look?”

“Please, stop killing your children, especially when you’re of age. Have your kids. If marriage comes, marry oh, if marriage no come, raise your children now.”

“I’m 34. I already have a kid. This is going to be my second child. I have a boyfriend who loves me, I’m happy and I’m having my baby.’

READ:  I Was Maltreated By Relative Who Attempted To Infect Me With HIV - BBNaija's Thelma

KanyiDaily recalls that Uche Ogbodo had said she would love to have a complete family with a man she love wholeheartedly and experience what true marriage feels like.

Related Topics:AbortionAdvicecelebrityEntertainmentgistmarriageUche Ogbodo
Up Next