Lagos State Police Command has confirmed the arrest of popular dancehall singer, Timaya, after a lady, Omowunmi Lawal, had accused him of hitting her sister’s car at Ikate axis of Lekki in Lagos. 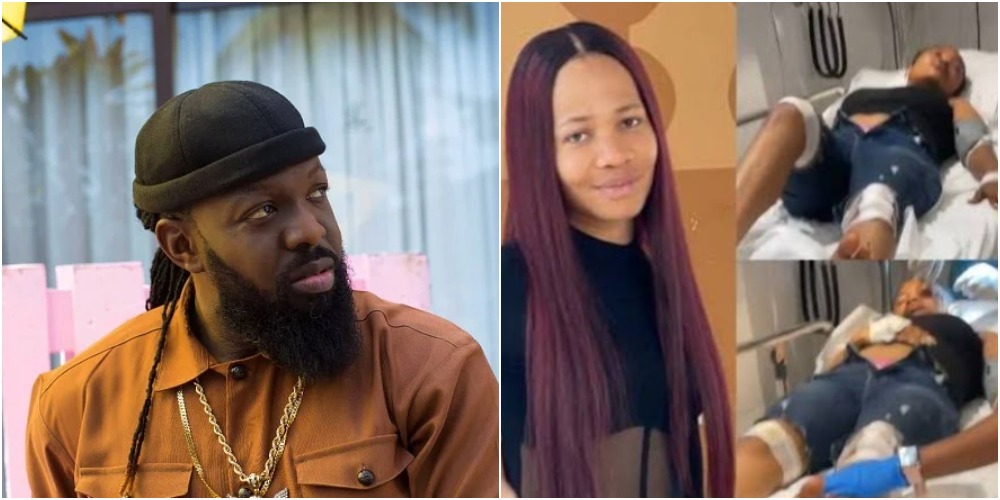 Timaya Accused Of ‘Hit And Run’

Taking to her Instagram page on Wednesday, March 2, Omowunmi had alleged that the singer hit her sister when she came down from her vehicle to confront him and thereafter zoomed off.

The lady also shared a video of her sister, who is in serious pain, bleeding from the face while receiving treatment at an undisclosed hospital after the incident.

Omowunmi alleged that when she texted him about the issue on Instagram, he read the message blocked her on the social media platform while pretending as if nothing happened.

She wrote on her Instagram page, @whyte_26, “These celebrities and how they behave. Timaya nearly killed my sister this morning. He hit her with his car and run at Ikate a few hours ago.

“He hit my sister’s car and she came down to ask him to look at what he did. This heartless human was asking for number and she told him he would block her. Instead of @timayatimaya to do the needful, he hit my sister with his car and ran away.

“She is at the hospital right now in serious pain and the funniest part is that I messaged him on Instagram to do the needful, but this wicked fellow blocked me after reading my message.”

READ:  Fight Breaks Out At Davido's Concert In London As He Shares Deep Kiss With Chioma Live On Stage [Video] 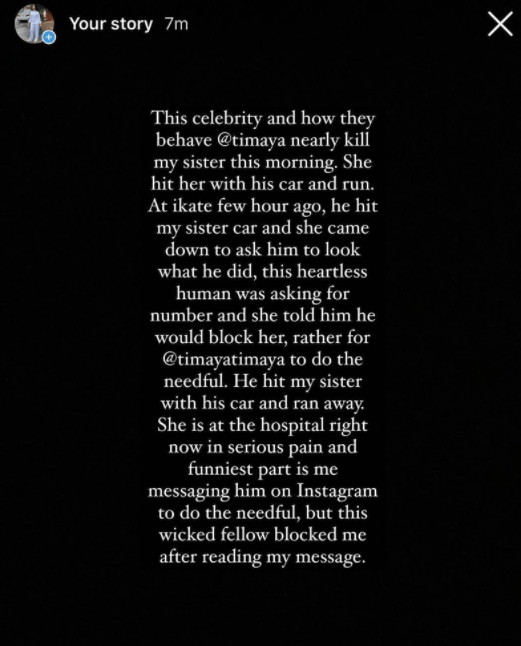 On Thursday, a video emerged online showing the moment some security operatives were seen taking away the singer from a building believed to be his house.

When contacted by TheCable, Lagos police spokesman, Adekunle Ajisebutu confirmed Timaya’s arrest, saying the singer “is being investigated for a case of serious motor accident.”

“He is being investigated for a case of serious motor accident. For further details later,” Ajisebutu said.

Timaya is yet to react to the incident as of the time of this report.