A distraughted fan identified as Samuel O has accused popular Nigerian singer, Burna Boy, of bashing his car and driving off without apology at the Lekki area of Lagos State. 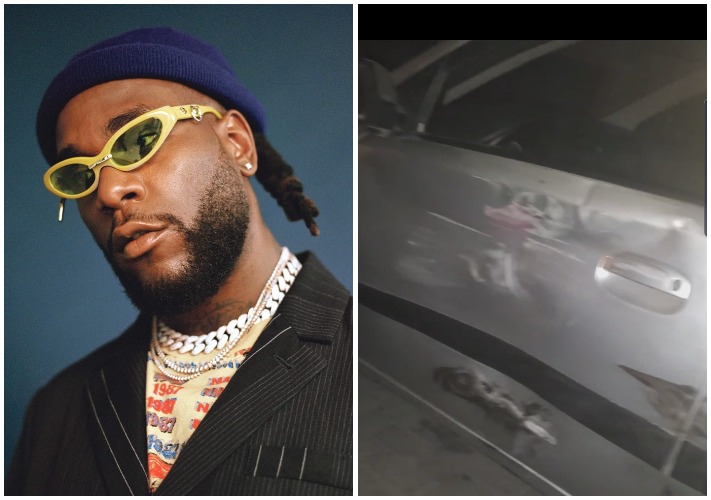 Samuel, who made this accusation via his Twitter handle @Iamsilvaron, said he was waiting for the traffic light to turn green when the singer’s convoy came along, wanting to force him off the road.

He said one of the boys on Burna’s convoy clearly told the driver of the vehicle behind him to ram into him and he did, which left his car dented.

The distraughted fan went after Burna Boy and his crew, expecting an apology and financial help from them to repair his bashed car, instead told him to ‘f–ck off”.

Sharing videos and photos from the scene, Samuel O said:

“One of @burnaboy boys in same car with Burna said to the other convoy behind to ENTER ME which I didn’t know what it meant. I tried as much as I can to even hear sorry but threats instead.

“They all drove into Vintage park estate by Chisco behind Toyota company in Lekki, which I believe they knew I have no access to the estate. Please I don’t have money, I’m just a mechanic all I want is just let him acknowledge and apologise!!

“To God who made me, I was patiently waiting for the Lekki traffic lights to turn green before I move. All his convoy did was to keep blaring sirens, only tried to just move so they can move as well. Please this is a terrible moment, I’m a big fan of him but this total(ly) turns off.”

Burna Boy had yet to react to these allegations as of the time of filing this report.

Good evening boss, please Burna boy convoy just hit me at Lekki phase 1, which he's aware but they all ran into vintage park Estate at along chisco behind Toyota company Lekki, I have all the video recorded. He's the one who drove the red RR, he's full aware bt ignore pls Help rt pic.twitter.com/ipvQOGV8t0

READ:  Celebrity Blogger Linda Ikeji Reveals The Secret Of Her Success and Wealth 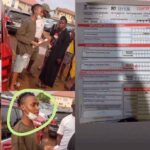 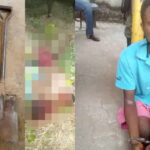