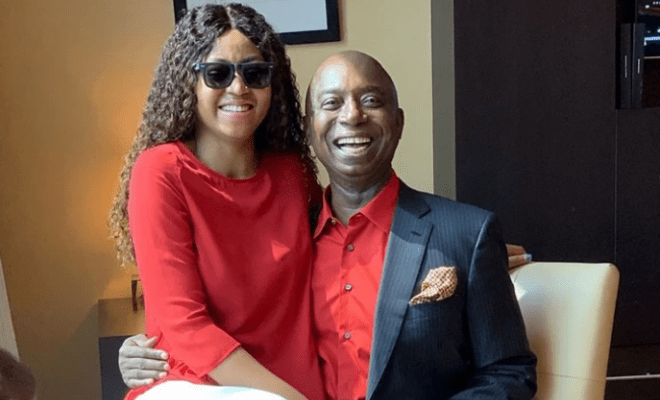 Ned Nwoko flew out several celebrity OAPs and media personalities like Daddy Freeze, Toyin Lawani and some other white women out to Dubai for a short exclusive media chat.

During the chat, Ned Nwoko and Regina Daniels reveal several exclusive information about their marriage, how they met and the romantic names they call one another.

The 59-year-old billionaire dismissed claims that he met Regina through her mother, Rita. According to him, he met Regina, they fell in love and within three weeks, they were married.

“Actually some people thought I met her through her mother. No. We met, fell in love and got married within three weeks” he said.

On her part, Regina firmly maintains that she married Ned Nwoko mainly for love and couldn’t have married a younger man because she is a very stubborn girl and won’t listen to a man that is within her age bracket.

“I don’t think I would have married somebody of my age because I am quite stubborn, very stubborn. My head is not down” she said

She also revealed that when she made up her mind to marry Mr. Nwoko, she was more worried about what her family members would say and not what Nigerians had to say.

“The only thing I was worried about then was how I was going to tell my family. I didn’t think about outside. It was just my family,” she said.

Regina said Mr. Nwoko has been able to cope with her stubbornness because she respects him a lot which is why they got married all within 3 weeks of relationship.

She reveals that she calls the old man her baby, and Mr. Nwoko who was smiling affirmed by telling Daddy Freeze, “I am actually the youngest baby in town.”

The actress also stated that her hubby has barred her from cooking and is always complaining whenever he sees her in the kitchen.

This is coming just a few days after Regina Daniels clocked a year older and took to her social media page to show off the birthday gift she got from hubby, Ned Nwoko.

In a series of posts on her Instagram story, Regina shared videos from her birthday dinner as her husband even showed off his young and romantic side. 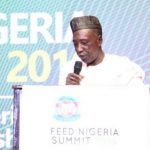 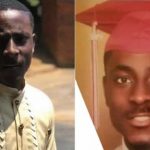