A female Fox6 News reporter Ashley Sears was reporting on the excited crowds in a bar during a baseball game when an unknown woman came into the frame and “sexually assaulted” on live TV. She wrapped her arms around Sears’ neck and then gave her an expected kiss on the cheek.

The woman then smiled and left, Sears colleagues reacted by bursting into laughter.

Sears later admitted she was left “shaking” and “embarrassed” by the unwelcomed advance.

However, during the live broadcast, she tried to stay as professional as possible.

“A lot of people have been drinking all day as it’s pretty obvious.”

When the broadcast went back her colleagues they were in a fit of giggles.

The female reporter was laughing so hard she couldn’t speak while her male colleague tried to control himself but ended up giggling in between his words.

Sears addressed what happened at the bar last Saturday on Twitter.

“Nothing good happens after 8 hours of drinking. Don’t be this person.” 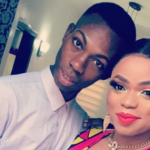 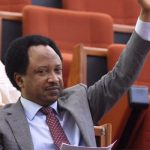