Seven persons have been killed and 250 houses burnt by gunmen suspected to be Fulani militia who attacked some communities in Miango District, Bassa Local Government Area of Plateau State. 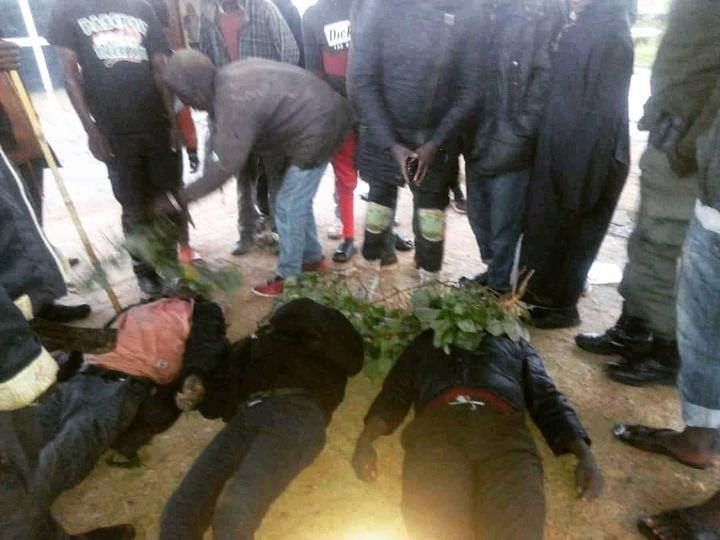 This was made known by the Iregwe Development Association (IDA) in a statement signed and issued by its National Publicity Secretary, Mr Davidson Malison, on Sunday.

According to him, the attack which took place on Saturday has left seven people dead, several villages were sacked with more than 250 houses razed down.

Malison also said that over 40 farmlands were destroyed, adding that many people who were injured in the attack are currently receiving treatment at an undisclosed hospital.

“The attack, which lasted for over four hours unhindered, left over 250 houses razed down in Zanwra, Nche-Tahu, Rikwe-Rishe A and B, Ri-Dogo, Nchu-Nzhwa, all in Jebbu-Miango communities of Miango chiefdom,” he said.

“Seven people were killed, while several others were injured and are receiving treatment at an undisclosed hospital.

“Over 40 farmlands with a variety of crops were completely destroyed and several household items and domestic animals were carted away.”

Malison described the situation as “unfortunate”, and called on government and security agencies to work towards improving safety in the area.

The police in a statement signed by its Public Relations Officer, Gabriel Ubah, said the command received a report of a conflict between suspected Fulani militia and youths from Irigwe community.

“On 31/07/2021, the Command received a report that there was a conflict between gunmen suspected to be Fulani Militia and youth from Irigwe at Jebbu Miango, Bassa LGA of Plateau State.

“Upon receipt of the report, the tactical team of the Command were immediately deployed to the scene to tighten the security of the area and to restore peace.

He further said the Commissioner of Police, Edward Egbuka, with other senior Officers of the Command had visited the scene and has ordered “a discreet investigation” to fish out the perpetrators of the dastardly act.

This comes just a few days after suspected Fulani herdsmen killed four persons and injured many others during a fresh attack in two villages in Enugu State.

Related Topics:attackFulanigistKilledMETRONewsPlateau state
Up Next