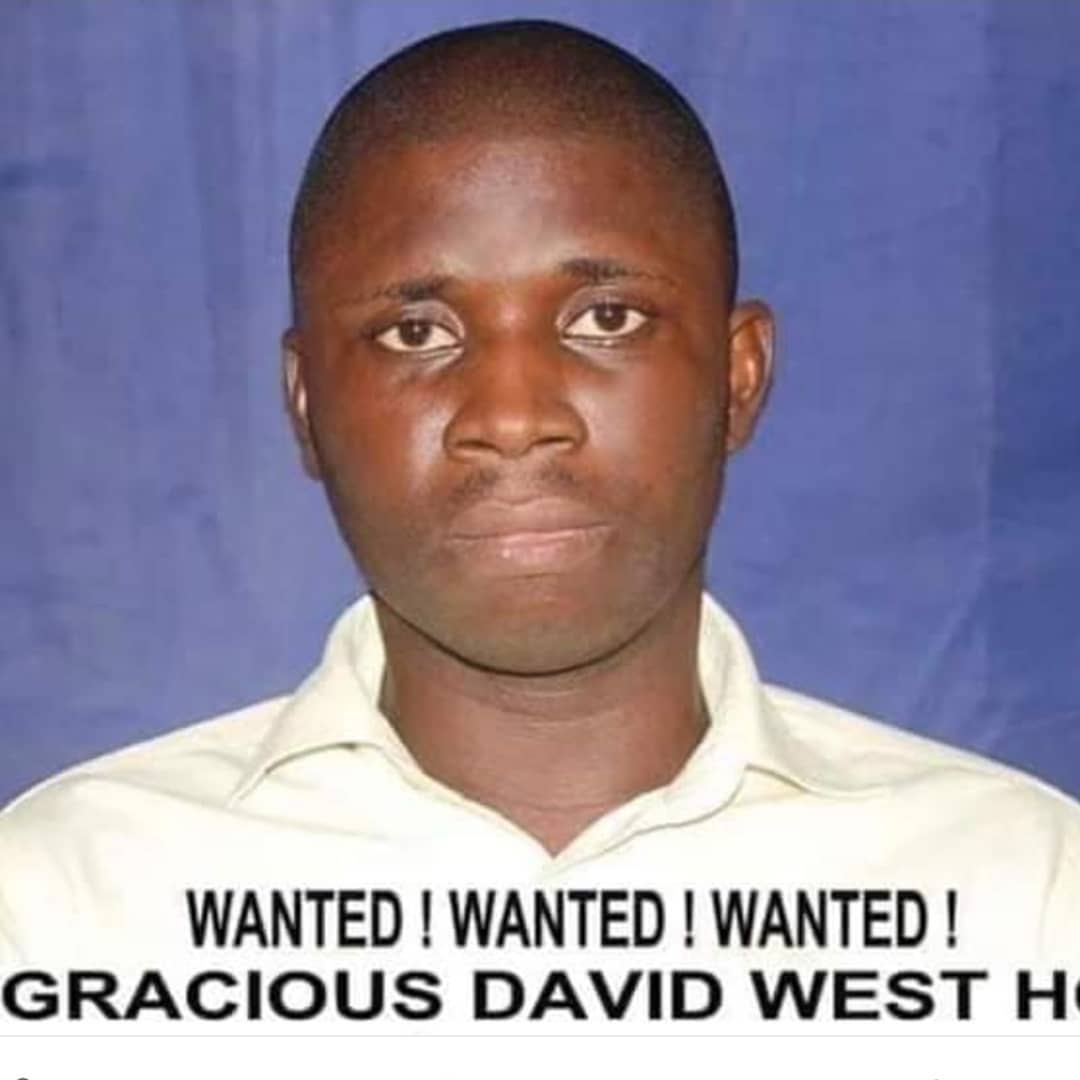 Photos and reports circulating online this morning suggest that the brainchild behind the unsettling recent serial killings of young women in Port Harcourt, capital of Rivers State, has been identified as Mr. Gracious David West.

Following the latest incident of discovering a young lady’s body inside the room of the hotel located along Stadium Rd, Rumuomasi, Port Harcourt, a man suspected to be the killer was captured by the hotel’s CCTV.

After the CCTV footage went viral, the man was identified as Gracious David West, one of the serial killer syndicate responsible for the death of over 10 young ladies in Portharcourt.

Among those who identified him was Ibim Semenitari, a seasoned journalist who was at various times Commissioner of Information in Rivers State and Acting Managing Director of the Niger Delta Development Commission (NDDC). 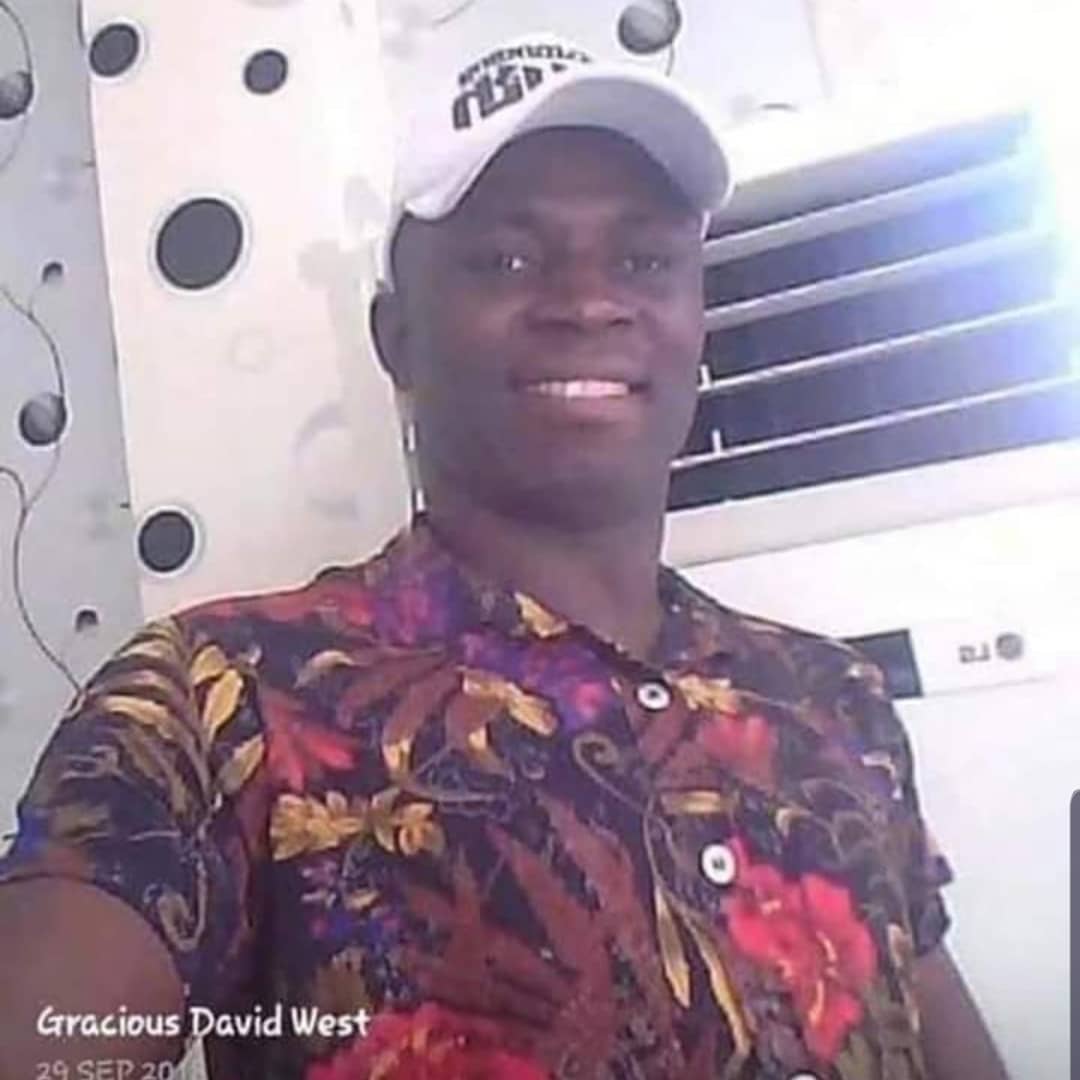 Mrs. Semenitari posted on her Facebook wall: “This is the face of the alleged serial killer in Port Harcourt, Rivers state from the CCTV video. Faceboook name: Gracious David West”.

Another post (not by Mrs. Semenitari) threw more light on the alleged serial killer. It said he was rehabilitated by OPM Church, but he went back to his stealing at the place the church got a job for him.

“This same Gracious David West was an ex-militant and a renowned armed robber that was rehabilitated by Opm church.. The church even helped him to secure a job in Federal university of Technology, Owerri,” the post partly reads.

He continued in perpetrating crime and he was subsequently declared wanted by the police in June 2018. 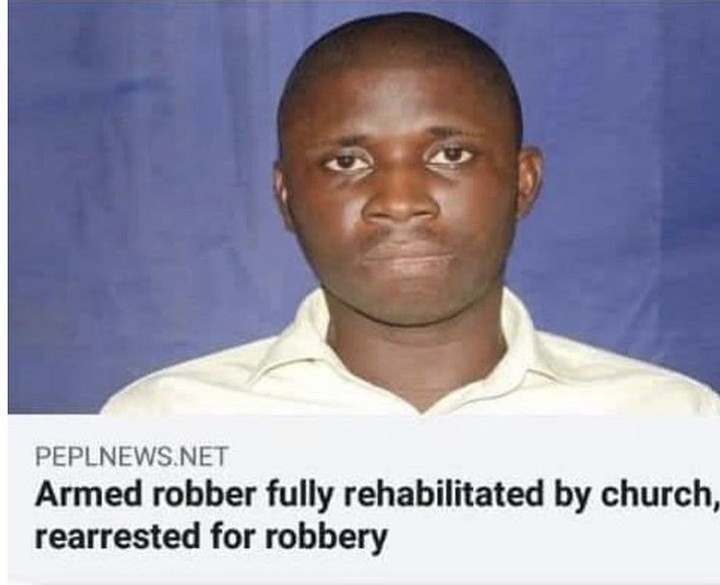 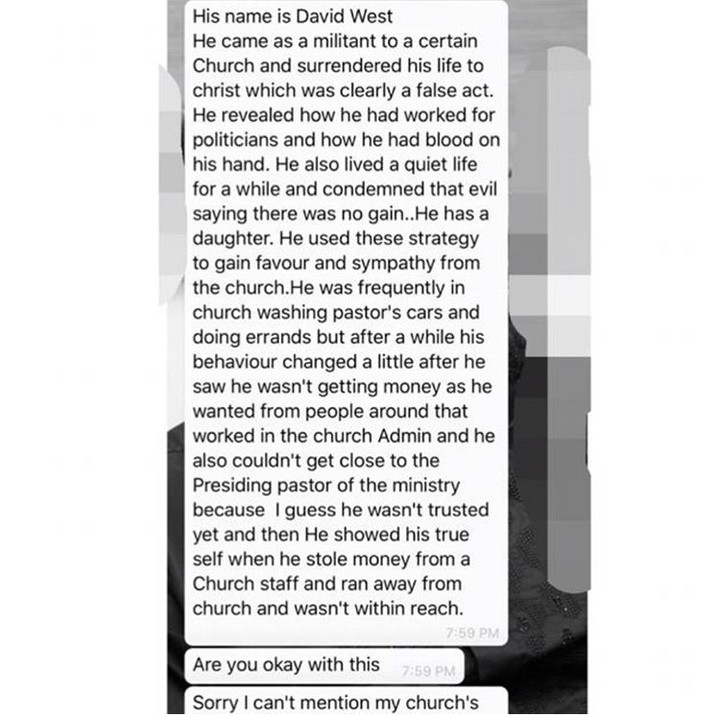 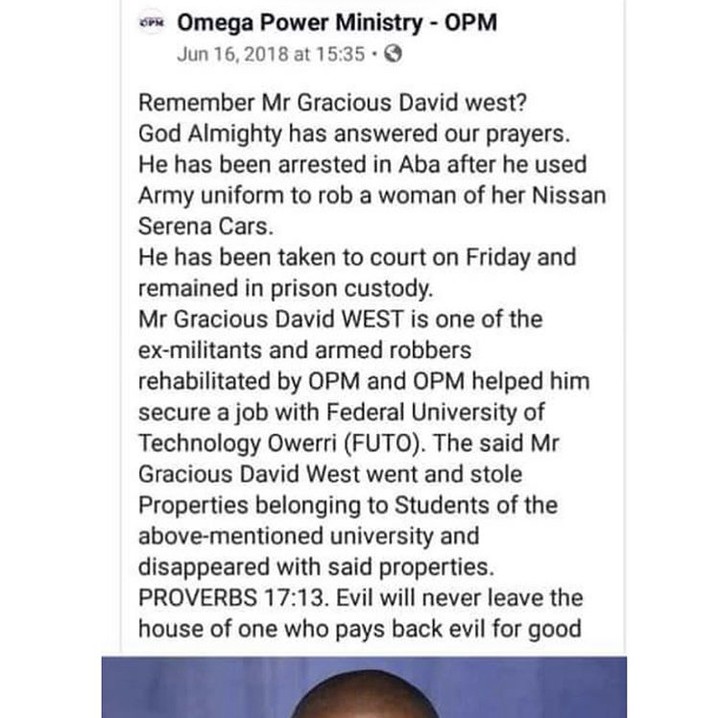 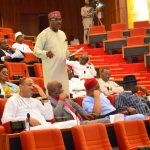 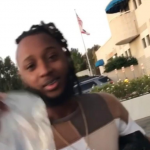