Olori Prophetess Silekunolami Naomi Ogunwusi, the wife of the Ooni of Ife, Oba Adeyeye Enitan Ogunwusi, was seen in a viral video praying for her husband to have more queens.

The clergywoman said the prayer “jokingly” during a dinner party held in the Palace to celebrate her birthday on Thursday, April 15th.

In the viral video, Olori Noami was spotted in a white and gold outfit as she knelt before the Ooni who was seated with two guards behind him.

While appreciating her husband for celebrating her. the queen was heard saying that the king’s houses, children, families, and every good thing will keep multiply.

She also expressed her wish for more rivals as she prayed that there will be more queens in the palace. The prayer got people around laughing including the Ooni who asked her if she was sure of what she was saying.

KanyiDaily recalls thst Olori Naomi welcomed her first child 7 months ago after she married the king in 2018, She is the third wife. Ooni’s first two marriages did not produce any child. 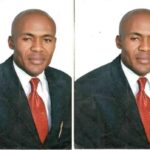 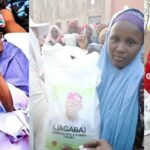