He made the announcement Thursday night on his Instagram handle. The monarch who praised his heartthrob and expressed his love for the new bride. The Ooni wrote:

“I waited upon the Almighty the King of kings, he eventually did it in the midst of many trials.

“Shilekunola, Moronke, Naomi; the greatest Arsenal you can apply on this highly revered throne with many rules and regulations in the midst of undiluted tradition, heritage and culture is the “Fear Of God In You”, which is the beginning of your wisdom on this throne of Oduduwa.

“You are welcome home my beautiful and adorable queen. #OoniOfIfe #Otisese”.

According to reports, Naomi is the founder/president of EN-HERALDS, a prophetic mandate and an interdenominational ministry based in Akure.

The 25-year-old Ondo born Prophetess whose bride price was reportedly paid Thursday was said to have started a public ministry at the age of eighteen before she ventured into full time ministering on October 19, 2011.

Jubilation galore at Ife as The Arole Oodua, Ooni Adeyeye Enitan Ogunwusi, Ojaja II received his Queen on Thursday 19th October 2018 after undergoing the necessary rites and tradition. The monarch made the announcement Thursday night on his Instagram. Here are some of the photos from the final rites:

Nigerians have taken to Facebook to react the pictures of her undergoing final rites to become the Ooni’s queen despite her Christian faith as a prophetess. See reactions below: 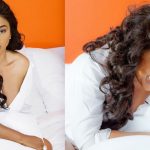 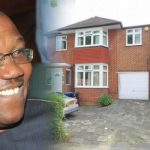