The Ooni of Ife, Oba Adeyeye Ogunwusi has married another wife, Princess Aderonke Ademiluyi, four days after his marriage to Ashley Adegoke.

Princess Aderonke is now the fifth woman to be married to the first-class monarch in quick succession.

During the wedding, the new wife awho ppeared in a stylish traditional outfits danced gracefully to meet emissaries of the Ooni in Ile-Ife, Osun State.

Princess Aderonke was born to a scion of the royal family. She is the great-granddaughter of late Ooni Ajagun Ademiluyi.

She is also a law graduate of West London University and is reported to be the founder of Africa Fashion Week London, an annual fashion event that promotes and nurtures African and African-inspired design talent.

The Ooni’s fifth wife is also said to be a cousin to the high priestess of Olokun, Yeye Lara Fashola.

In September 2022, the Ooni married his first wfife, Olori Mariam Anako from Ebira land in Kogi State. Olori Elizabeth Opeoluwa Ogunwusi nee Akinmuda was betrothed to him shortly after his marriage to Mariam.

The monarch married Tobi Phillips as his third wife on Sunday, October 9, before his marriage to Princess Ashley four days ago.

This is however the Ooni’s seventh marriage. Before his coronation in 2016, Oba Adeyeye was previously married to Adebukola Bombata in 2008, but the marriage failed after his coronation. 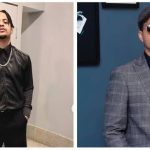 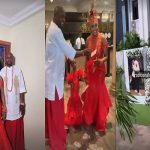