KanyiDaily recalls that the reality star died last Thursday morning, October 13, after a ghastly motor accident in Lagos that left him in a coma for two days.

Rico’s burial rites began with a church service on Thursday morning, October 20, at The Methodist Church of Trinity (Tinubu Square) in Lagos Island before his family accompanied his body to a funeral home.

His funeral took place at Ebony vault in Ikoyi, Lagos. It was a private event attended by family and friends.

READ:  Video: Davido Speaks About His Late Mum, Children And Chioma In His Recent Interview

After a brief sermon, the officiating priest prayed for the family of the deceased, adding they “the lord gives and the lord taketh.”

Rico’s colleagues, friends, family and relatives could not hold back tears as his body laid in a white casket was lowered to the ground.

The attendees were dressed in black to mourn and pay their respects to their dearly departed friend and family member. 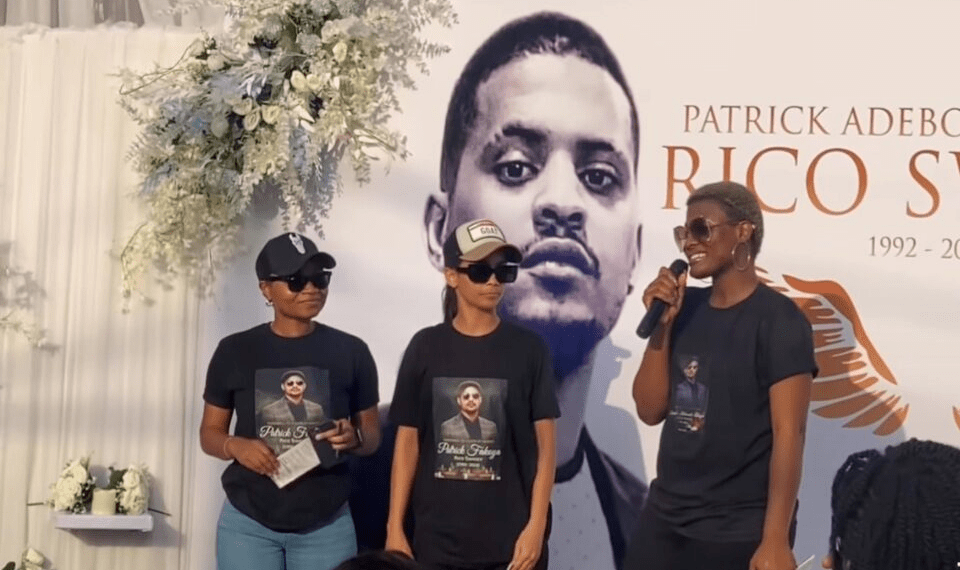 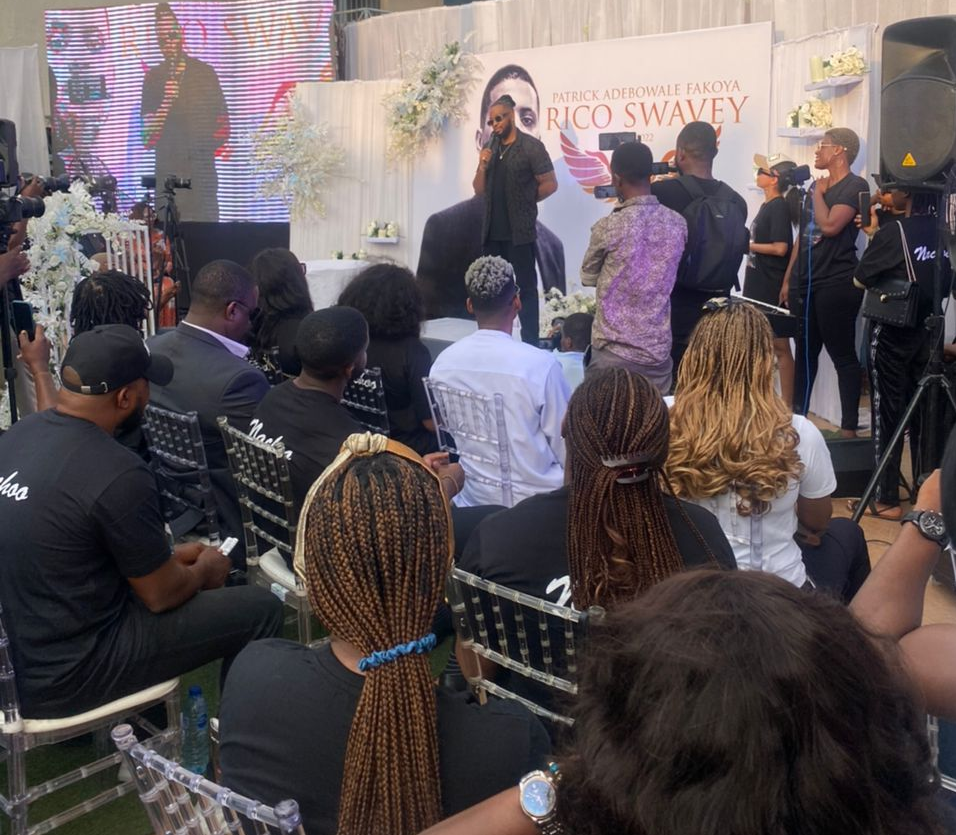 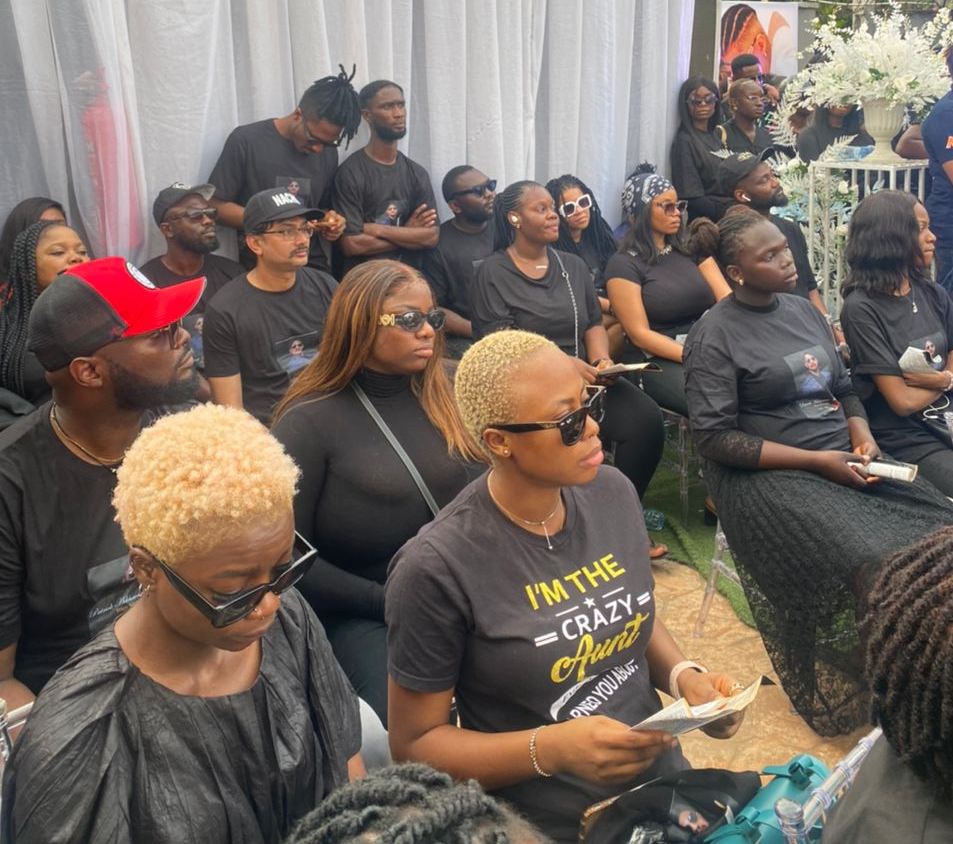 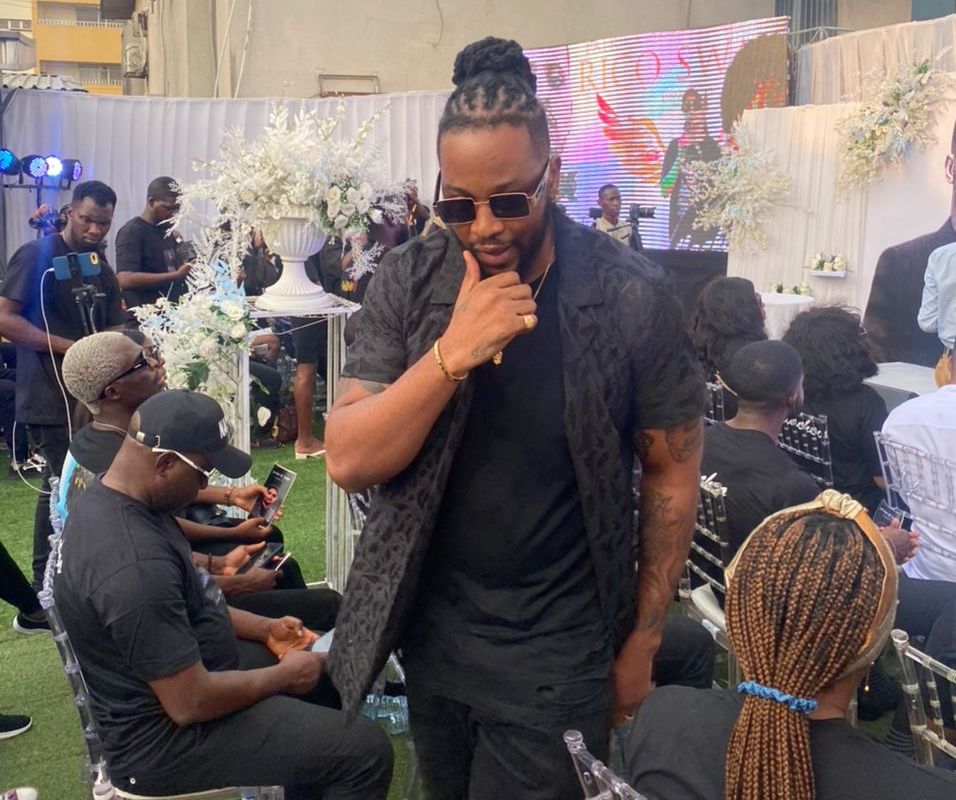 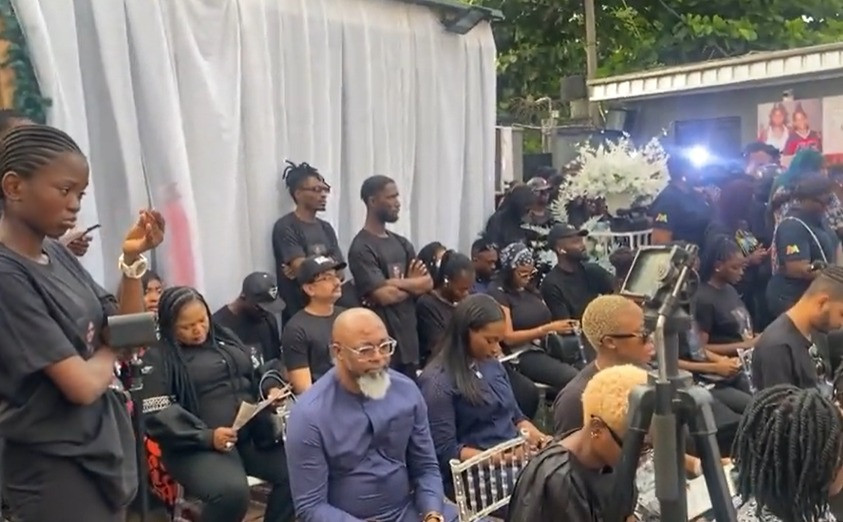 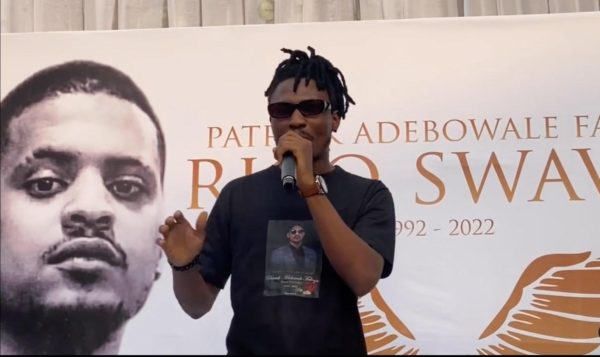 KanyiDaily recalls that days after Rico Swavey’s death, another BBNaija Star, Emmanuel Umoh was involved in a ghastly car accident. 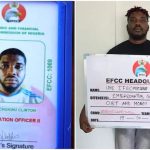 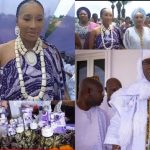