A ‘concerned’ female pastor who is probably with the plight of single women in the church reportedly asked them to bring canes to church to flog out the “spiritual husbands” in their lives that is delaying their marriages.

A viral shows an-all-female congregation, with each member wielding a stick with which they were in church to flog their “spiritual husbands”, as reportedly instructed by their pastor who is apparently a woman.

The photo has sparked mixed reactions from Nigerians, with some internet users criticizing the church members for trying to “flog the devil” with canes while others have urged the women to continue in their faith while fighting the ‘spiritual battle’. 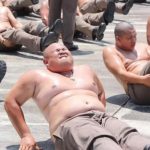 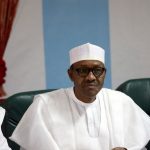