A 41-year-old Nigerian man has been arrested for allegedly duping families of Covid-19 patients on the pretext of selling to them Remdesivir injections, used for the treatment of the infection in Delhi, India. 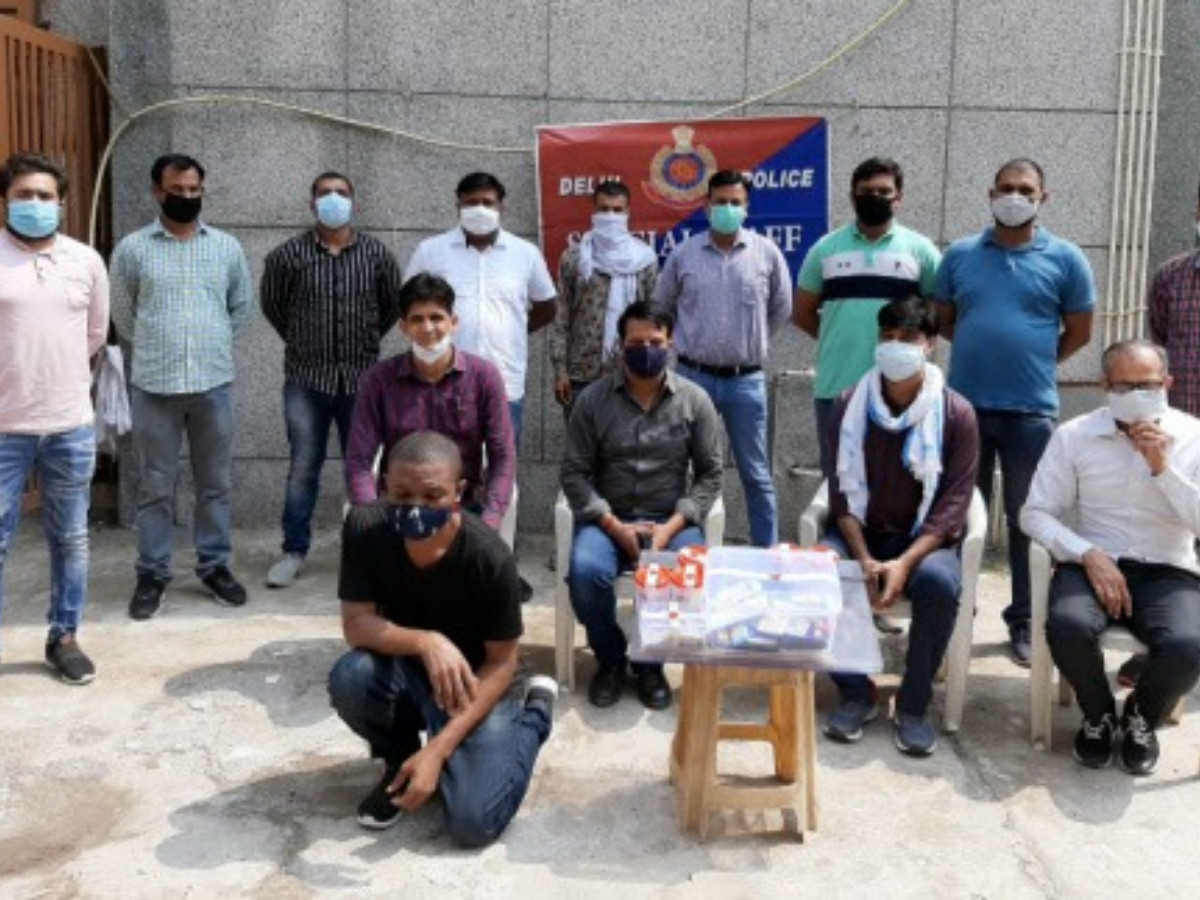 Police arrested the accused identified as Chibuike P Daniel, from his rented apartment in the Khanpur area of South Delhi on Wednesday, May 19, and recovered Rs 50,500 in cash along with two laptops, 33 mobile phones, several SIM cards and ATM cards that were used in the offence.

According to the police, the Nigerian national allegedly put out his contact details on Facebook and other social media sites as a vendor of Remdesivir. When people called or messaged him, he promised to deliver the injections and asked for an advance payment. However, after receiving the amount, he stopped communicating with the victims.

Police said the accused was also involved in cheating over a hundred people by pretending to send them gifts and taking money from them as customs clearance fee at the airport.

Chibuike was arrested on the complaint of a victim who alleged that he did not deliver the ordered injections despite making an advance payment.

READ:  "It's Time To Tell The Truth" - Dangote’s Ex-Girlfriend Says As Court Dismisses Suit Against Her

The complainant named Mosin Khan approached the police at Mohan Garden police station and said he was cheated of Rs 10,000 by the accused.

“Khan urgently needed three Remdesivir injections for his relative. He failed to get it from the hospital and nearby pharmacies. He then found a mobile number on social media and contacted the vendor. Mosin was asked to pay Rs 25,000 for each vial and make an advance payment of Rs 10,000. After he made the payment, the vendor blocked Khan’s number,” said a senior police officer.

A case was registered under sections of cheating. The Dwarka cyber cell team analysed the transaction details and call detail records of the mobile number given by Khan. On Wednesday, the police, with the help of informers, traced Daniel’s location and apprehended him from Khanpur in South Delhi.

The accused confessed to his crimes during the interrogation and told the police he was active on Facebook and cheated people there in the name of gift parcels.

Deputy Commissioner of Poilce (Dwarka) Santosh Kumar Meena, said the team found the accused had cheated over a hundred people with the same modus operandi.

“We have found that the accused is involved in cases all over India and our team is further investigating the matter to link more cases and find other victims,” said DCP Meena.

“During interrogation, the accused disclosed that he is from Nigeria, and came to India three-four years ago on a mediacl visa. His visa has expired but he along with his other associates indulged in cheating people on the pretext of custom clearance.

“They made friends on Facebook and offered them costly gifts. After that, they requested them to deposit money in their account number in the name of customs clearance of those gifts,

”They used many mobile phones, forged SIM cards cads and bank accounts for this purpose. During the ongoing Covid-19 pandemic, they also started allegedly cheating people on the pretext of providing medicines and injections required for treatment of Covid-19 patients,” the DCP said.

Efforts are being made to arrest the co-accused, police said, adding that many other victims across India have been contacted to register complaints in this regard for further probe.

KanyiDaily had also reported how a Nigerian man identified as Nonso Ekwalor Base was arrested with N200m worth of drugs concealed in his underwear at the Indira Gandhi International (IGI) Airport, India.